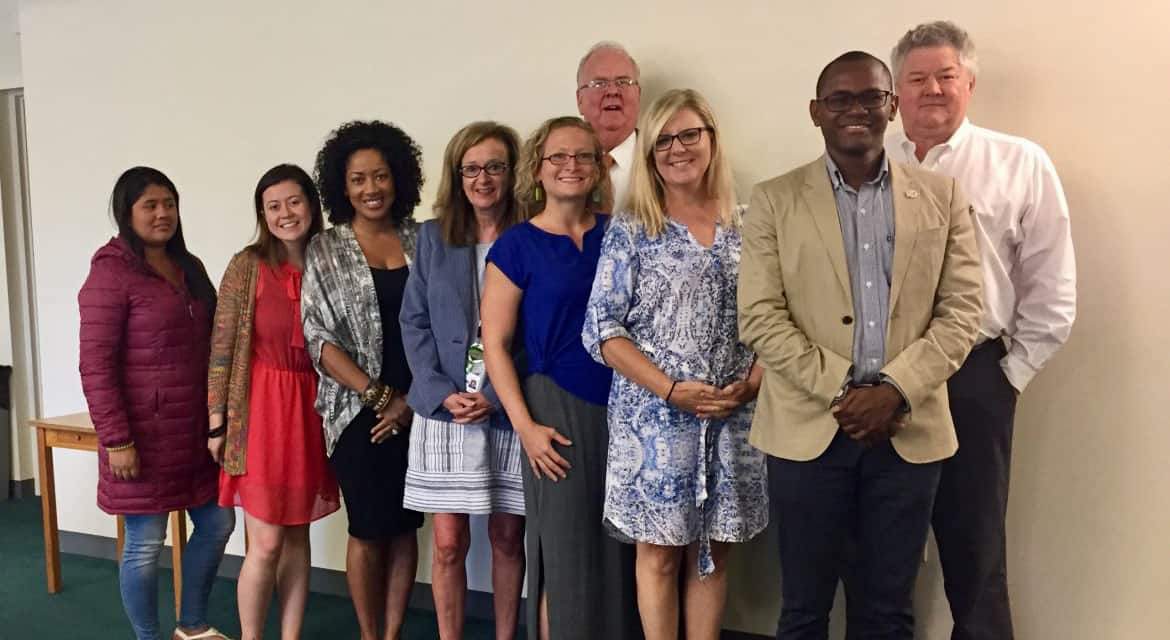 BATAVIA, Ohio – The Clermont County Department of Job and Family Services and Commissioner Ed Humphrey recently hosted a group of four specialists from Colombia who were participating in the U.S. State Department’s International Visitor Leadership Program (IVLP).  The topic of the July 14 meeting was “Enhancing Justice in Rural Communities.”

The International Visitor Leadership Program is an example of “citizen diplomacy,” said Michelle Harpenau, Executive Director of the Greater Cincinnati Work Affairs Council. “In a vibrant democracy,” she said, “the individual citizen has the right to help shape U.S. foreign relations, as our members phrase  it, ‘one handshake at a time.’”

U.S. ambassadors rank the IVLP as first among 63 public diplomacy programs in the United States, the council reports. Current alumni include 395 heads of foreign governments, and 77 Nobel Prize winners.

“We enjoyed having the opportunity to meet and exchange views with our visitors from Columbia,” Commissioner Humphrey said. “Our discussion focused on the difference in systems between their country and ours. This kind of diplomatic program – which encourages visits throughout the United States, and not just to Washington, D.C. — has great value as a professional exchange program.”