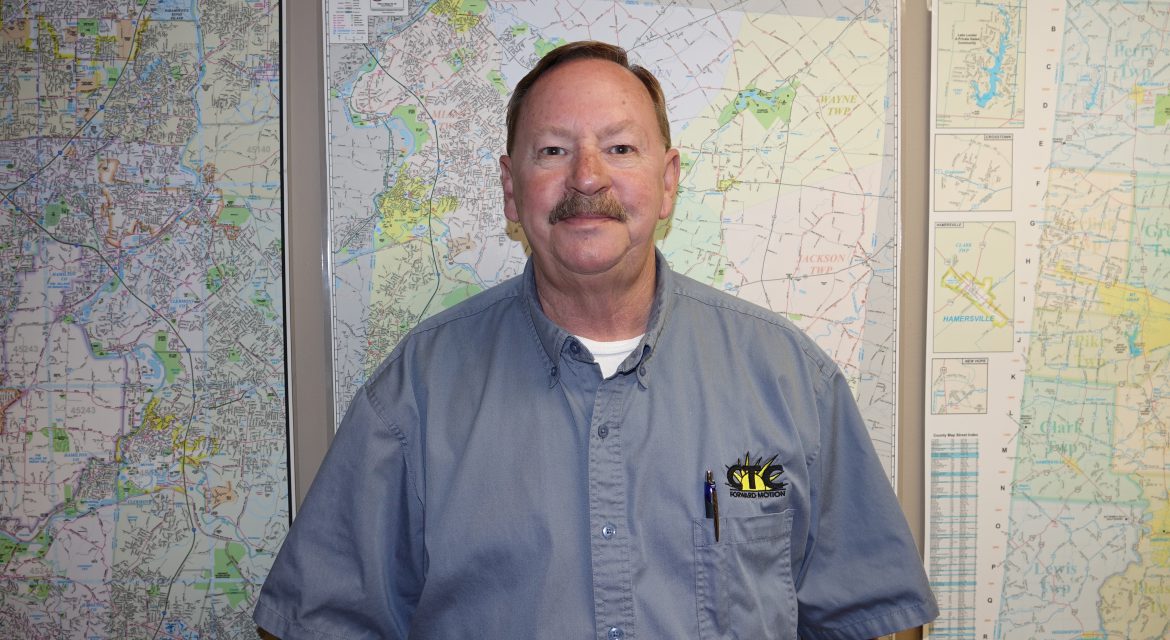 Bob Hallgath, operations manager at Clermont Transportation Connection (CTC), keeps safety at the forefront as he goes about his daily work.

For 21 years, Hallgath has made out schedules and assigned buses to make sure all routes are covered. He manages 23 drivers and three dispatchers.

CTC has only had two drivers requiring medical attention in 20 years due to a road accident. One occurred when a vehicle hit a bus head-on in a crash on State Route 222. The bus driver sustained a back injury and a passenger got a bloody nose.

Hallgath attributes the good safety performance to extensive training, along with a bit of good luck. All but two bus drivers carry Class B Commercial Driver’s License (CDL), with air brakes and passenger endorsement. This requires extensive testing of skills such as making turns, approaching railroad crossings, parallel parking and alley docking.

“I try to make sure we keep up with testing,” said Hallgath, noting that drivers recently received refresher instruction on how to operate lifts. With Dial-a-Ride, they frequently assist riders in wheelchairs who need the lifts.

“Everybody reads them,” Hallgath said. “They’re informative. I like them.”

During the high of COVID-19, Hallgath kept up-to-date on mask requirements and made sure drivers and riders followed them. He made sure buses were supplied with masks, in the rare instances that riders didn’t bring their own.

“Bob makes safety a priority,” Caudill said. “He was instrumental in researching a Federal Transit Administration (FTA) drug and alcohol training video for the new drivers. During the Covid-19 restrictions Bob was very good about checking with HR and the Safety Department to keep his drivers and the public in compliant with the Federal mask mandates. Bob is definitely a Safety Asset to the Clermont Transportation Connection (CTC).”