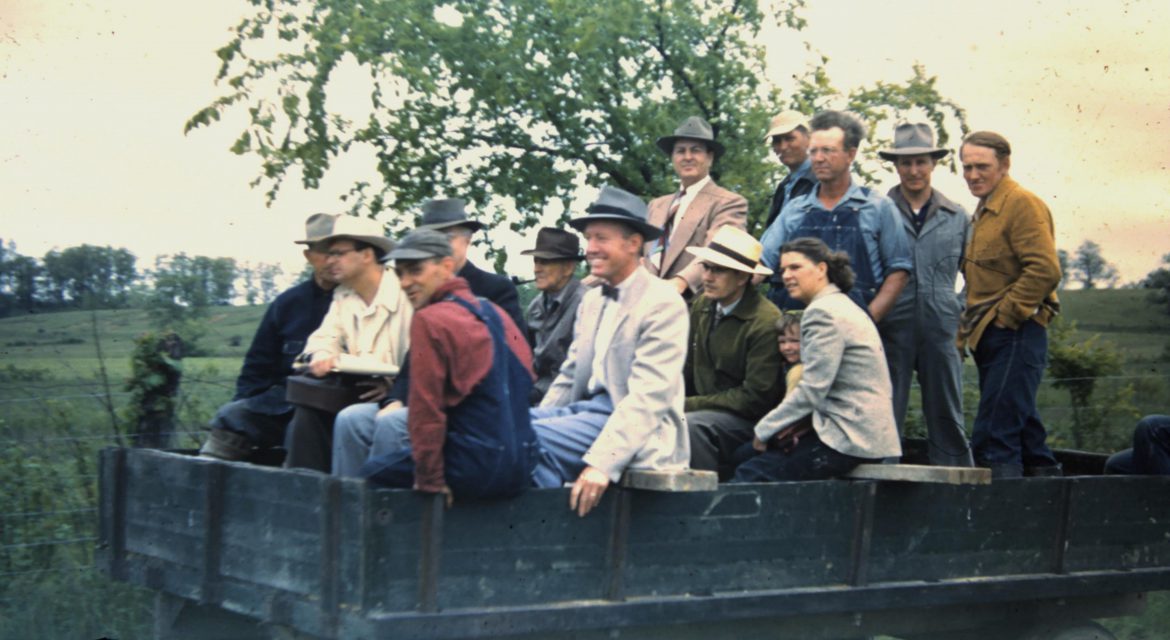 BATAVIA, Ohio (Aug. 24, 2018) – In August 1943, Clermont County held a referendum where an extraordinary 97 percent of the voters supported the creation of a soil conservation district. This year, the Clermont Soil & Water Conservation District (SWCD) is celebrating 75 years of conservation with a diamond anniversary open house and dinner banquet on Thursday, Sept. 13, at Shaw Farms, 1737 SR 131 in Miami Township.

Soil & Water Conservation Districts rose throughout the United States following the Dust Bowl era in the 1930s. In 1943, the Clermont Soil Conservation District was the 13th district created in Ohio. Early efforts in Clermont County focused on drainage, erosion control, terracing, strip cropping and assistance with pond building. The district did not receive county or state funds until the 1950s.

In 1961, the district’s mission expanded to include water quality, and its name was changed to the Clermont Soil & Water Conservation District. It was during the 1960s that Clermont SWCD increased its education in schools and began compiling the first county soil survey. Following changes to the Clean Water Act in 1987, a greater emphasis was placed on storm water programs, and in the 1990s and 2000s, Clermont SWCD initiated and strengthened water quality protection efforts in the East Fork Little Miami River watershed.

Today, Clermont SWCD’s efforts place an emphasis on both building soil quality and reducing nutrient runoff from agricultural fields, managing storm water runoff in urban areas to reduce drainage problems and to prevent pollutants from washing into nearby streams, and working with members of the East Fork Watershed Cooperative to control harmful algal blooms on Harsha Lake.

“Since our district’s creation, we have worked hand in hand with farmers to help encourage practices that improved the quality of their soil,” said SWCD Administrator John McManus. “But over the last several decades our scope has expanded. Our focus is on encouraging farmers and homeowners to be good stewards of our water and soil, and to keep our watershed as healthy as possible.”

The diamond anniversary festivities, sponsored by Farm Credit Mid-America and Park National Bank, will begin at 5 p.m. and will include music from Full Moon Ranch, a mobile aquarium from the Newport Aquarium, hayrides, children’s activities with area naturalists, and displays looking back at 75 years of conservation in Clermont County.

The banquet dinner and meeting will begin at 6:15 p.m.  Dinner will be provided by Taste of the Good Life catering and local beer from Old Firehouse Brewery and wine from O’Bannon Creek Vineyards will be served.

Admission to the pre-dinner activities is free. Pre-registration is required for the diamond anniversary dinner. Tickets are $12 for adults and $4 for children between the ages of 5 and 12, and may be purchased online at www.clermontswcd.org.  For more information, contact Susie Steffensen at 513. 732.7075 ext. 2 or at ssteffensen@clermontcountyohio.gov.