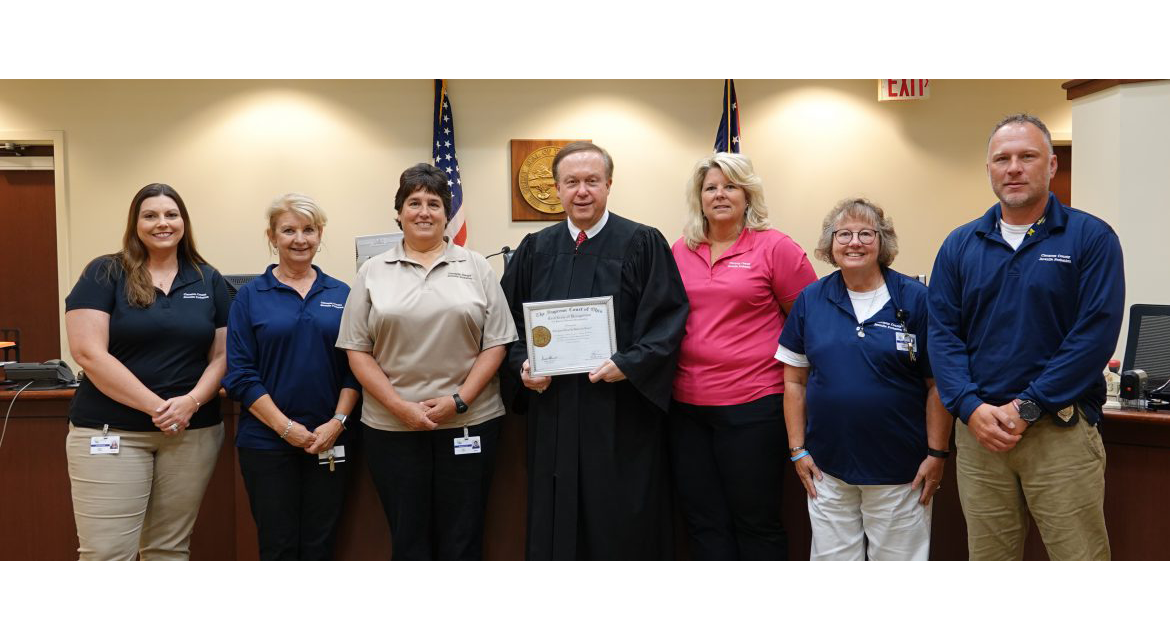 BATAVIA, Ohio – Clermont County Juvenile Court has been recognized by the Supreme Court of Ohio for the success of its Truancy Intervention Program, which has resulted in better attendance rates at schools and academic success for youth who were considered truants.

In 2017, 233 students who were referred to Juvenile Court for truancy were instead diverted into the Truancy Intervention Program. Of those 231 completed the program, and did not have to face official charges and court proceedings.

The Truancy Intervention Program, which began in 2002, does not look at truancy simply as an issue that must be fixed by having the student attend school.

“We recognize that truancy is a symptom and that we need to address the root of the problem to effectively and appropriately achieve long-term positive outcomes,” said Juvenile Court Judge James A. Shriver.

The reasons for truancy vary, said Kathy Rountree, who supervises the court school liaisons, diversion and probation officers for Juvenile Court. For the child, it could be because a parent is ill, or going through a divorce, or has a substance abuse problem, or is suffering from mental health issues. It could be that the family is struggling financially, and doesn’t have a stable home. It might also be because the child is bullied, or suffers from Attention Deficit Disorder, or even has head lice.

Whatever the reason, truancy officers work to address it. That staff now includes court school liaisons with every district in Clermont County. They work with school personnel, mental health agencies, and Children’s Protective Services to bring a holistic approach to treating truancy issues, Rountree said.

In some cases, court school liaisons help families who are homeless to find homes and assistance for rental deposits, she said. Juvenile Court also operates a virtual lab where students can work to obtain the credits they may have missed. This year teacher Val Davis was hired to help students with their coursework.

“She has been instrumental in helping these kids get caught up on school work and credits,” Rountree said. “She works throughout the summer with every grade level and all types of education, both traditional and nontraditional. She is a strong advocate and a huge asset to our team.”

The program also rewards students – and their parents – as certain goals are reached. These rewards or incentives include gift cards, yearly recognition picnics, and outings.

“The most important component is the dedicated and passionate group of individuals, starting with Judge Shriver, who work tirelessly to assist our families in recognizing their ability to change and achieve personal growth and academic success,” she added.

How is truancy defined?