At County Jail, inmates suffering from mental illness are treated with care 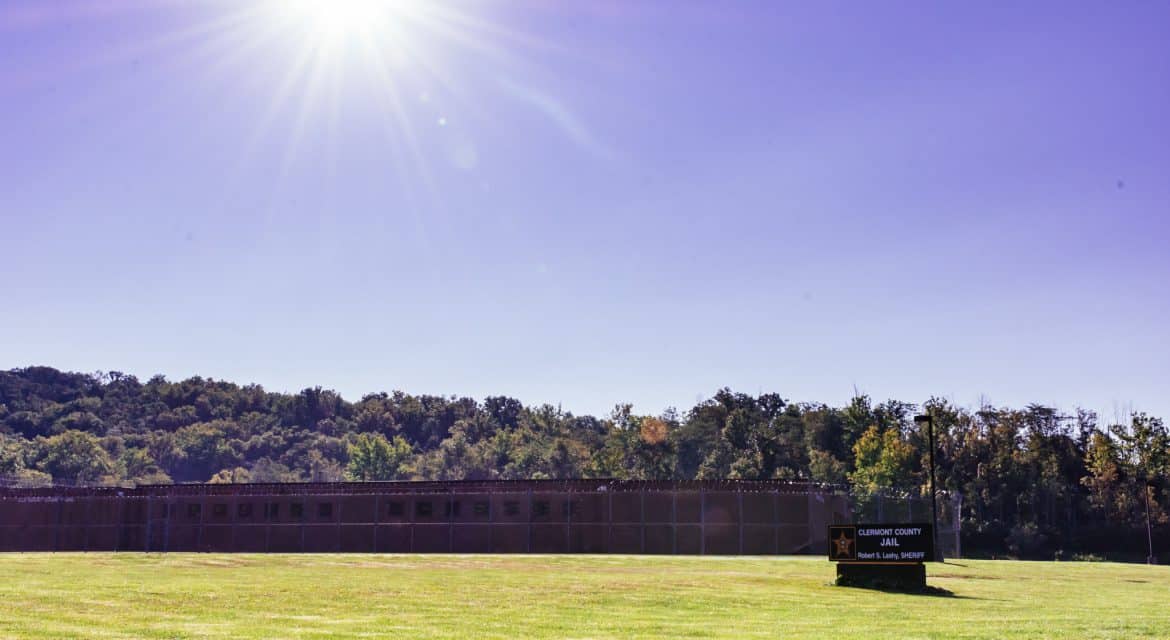 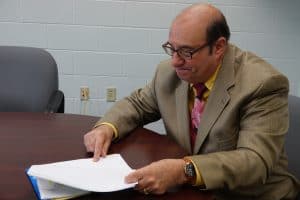 BATAVIA, Ohio (Aug. 24, 2017) – It’s no secret that jails in the United States have become homes, and sometimes havens, to those with mental illness. National studies have shown that nearly 15% of men and 30% of women booked into jails have a serious mental health condition, according to the National Alliance on Mental Illness.

Clermont County has long recognized that and was one of the first counties in the nation to join the “Stepping Up” Initiative developed by the National Association of Counties (NACo) to reduce the number of people with mental illness in jail. According to Karen Scherra, Executive Director of the Mental Health and Recovery Board (MHRB), “Clermont County’s collaborative efforts to address this issue have been recognized at the state and federal level and have assisted many individuals with getting needed treatment services.”

Now, a grant for $83,333 that MHRB was awarded from the Ohio Department of Mental Health and Addiction Services will put more resources toward screening and possible diversion of those with mental illness into treatment programs.

Every day, corrections officers at the Clermont County Jail encounter inmates who have a mental illness. In 2016, an average of 22 people were put on suicide watch every month at the County Jail. The jail has strict protocols it follows to make sure that inmates who have mental health issues are treated appropriately. But first and foremost, is the philosophy behind it, said jail Administrator Joseph Palmer: “You are not here to die,” he said. “We will do everything possible to preserve your humanity.”

All corrections officers are instructed in how to screen inmates for mental illness, and are trained on how to work with people in crisis. They also depend on the expertise of social worker Renae Butcher, a member of the Clermont County Mobile Crisis Team. The grant has allowed her to move from part time to full time at the jail, where she screens inmates for possible mental illness and works with them during crises. The grant will also allow a full-time case manager to be hired who will connect inmates with resources as they are released.

Additionally, medical staff at the jail includes a nurse who specializes in mental health, and a psychiatrist who visits the jail twice a month, and is available to take nurses’ calls at any time.

It all begins, says Palmer, with a screening form at inmate intake. “If someone is suffering from psychosis or DTs (delirium tremens), we will know that and they will be refused admittance,” he said. “We don’t have to accept you,” he said. “We must be able to accept you safely and securely.”

“One of the basic things we do is ask, does this person need to be in a hospital instead of a jail?” said Denny Moell, who heads the Mobile Crisis Team, which is managed by Child Focus Inc. and funded by MHRB. “We evaluate and assess them. Most of the time, they can stay in jail. Sometimes we refer them for further evaluation at Summit Behavioral Health in Hamilton County. Summit can do a longer-term admission. They have a forensic unit – so they can handle those who are coming from jail.”

Added Butcher: “If the inmate seems suicidal, we see if we can get them calmed down. Can we keep them in jail safely, or do we need to move them to Mercy Clermont or Summit?”  So far in 2017, nine inmates have been referred to Summit.

There are two levels of suicide watch at the jail. “If we even SUSPECT you’re suicidal, you’re put on Level 1 or Level 2 watch immediately,” Palmer said.

The Sheriff’s Office has a set of policies that outline procedures to take whenever an inmate is placed on Level 1 or Level 2 watch. These include securing the inmate, administering first aid and summoning medical assistance, completing a questionnaire with the inmate, and removing any clothing items that might assist in suicide. Inmates are issued safe gowns and blankets and are placed in holding cells.

For a Level 1 watch, inmates are checked at least every 10 minutes. For a Level 2 watch, they are put in a cell in front of the booking area and continuously monitored.

Palmer says the sheriff’s protocols err on the side of protecting life. “We put more people on a Level 1 or Level 2 watch than any other medium-level jail in Ohio,” he said. “The Chief of Operations for the Department of Corrections told us that. ‘The inspector says, you don’t take any chances, do you?’ And I said, ‘No, no chances with a human life.’”

The Sheriff’s Office contracts with Southern Health Partners for all medical, dental and mental health services at the jail. The current two-year contract for 2017-2019 is $1.65 million. This includes nursing staff – at least one nurse at all times, and sometimes as many as three; a mental health nurse twice a week, and a psychiatrist twice a month. The psychiatrist can prescribe psychotropic drugs over the phone should an inmate need them, Palmer said.

“While you are here, we are going to do our very best to make sure that your mental health needs are provided for,” Palmer said. “Because we’re dealing with a person’s life.”