Partnerships are key between jail and mental health community 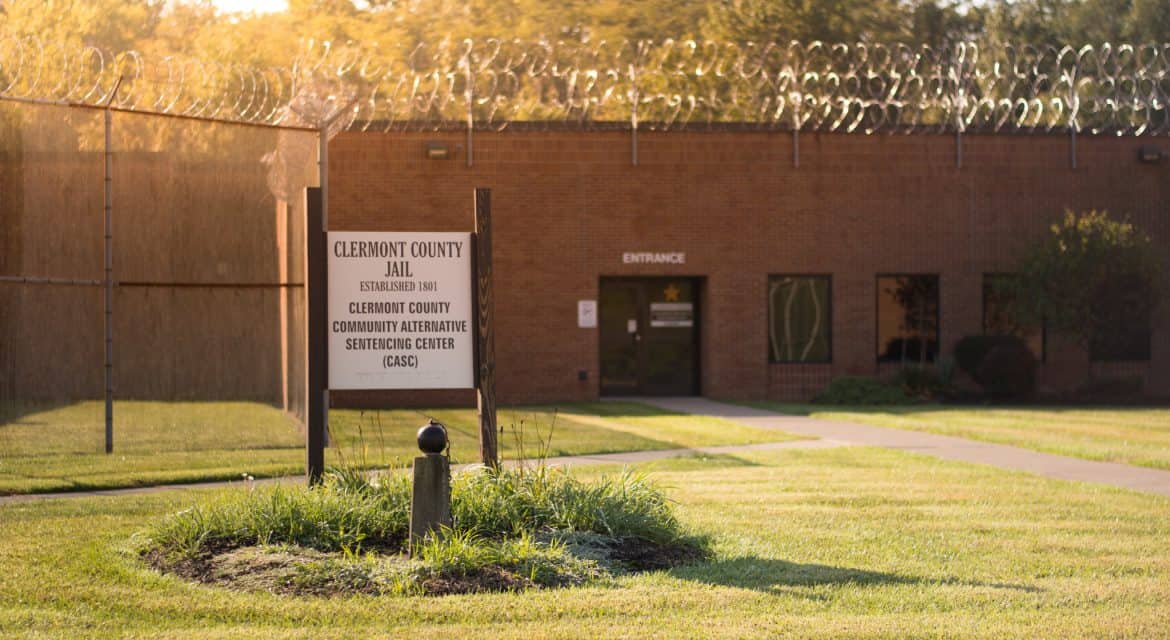 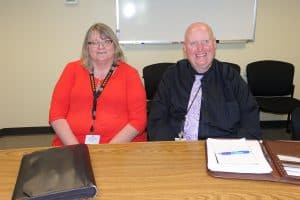 BATAVIA, Ohio (Aug. 24, 2017) — Partnerships are crucial when it comes to dealing with mental health issues among inmates at the County Jail, said Administrator Joe Palmer.

“I don’t know how we could operate now without our wonderful partners,” he said.

Those partners include the Clermont County Mental Health & Recovery Board, whose levy funds the Mobile Crisis Team. (Mobile Crisis is operated by Child Focus Inc.) Renae Butcher, a social worker from Mobile Crisis, is now working full time at the jail, helping to assess inmates who appear to be dealing with a mental illness.

The Mobile Crisis Team also assists the Mental Health and Recovery Board in providing Crisis Intervention Training to law enforcement and corrections officers in Clermont County, teaching them through role-playing and other exercises how to react to and work with those who show signs of mental illness when they are responding to a call, or encounter them in jail. At least 60% of corrections officers have completed the training.

Another partner is Greater Cincinnati Behavioral Health Services (GCB), which has two locations in Clermont County, one for mental health services in Amelia and the Clermont Recovery Center for addiction services in Batavia.

Recently, a memorandum of understanding between the County Jail and GCB allows the sharing of a database between the two. This allows corrections officers to determine whether a new inmate is a GCB client. “Joe Smith comes in, we put him in our system and cross-check with GCB,” Palmer says, giving an example. “We notify GCB – Joe Smith is here, you can come see him. Now we know what medications he needs, we know what his particular mental health issue is. It’s a win-win for everybody.” (A legal opinion from the Hamilton County Prosecutor said this did not violate doctor-patient privilege.)

“If you have mental health issues, you do not leave here without a referral to Greater Cincinnati Behavioral Health Services,” Palmer added. “A case worker will come here to see you before your discharge. We’re doing our very best to make sure that your mental health needs are provided for.”

A grant just awarded to MHRB from the Ohio Department of Mental Health and Addiction Services has allowed for Butcher’s position to move from part-time to full-time at the jail, and will allow GCB to hire a full-time case manager to work with inmates upon their release from jail, connecting them to treatment options.

BATAVIA, Ohio (Aug. 23, 2017) — So what is driving those with mental illness into behaviors that land them in jail? According to the National Association on Mental Illness, nearly 15% of men and 30% of women booked into jails have a serious mental health condition.

Several reasons, including lack of early intervention resources and education, according to Denny Moell and Renae Butcher, who are both on Child Focus’s Mobile Crisis Team. “If we had gotten the mental health intervention to them 20 years ago, they might not have had multiple arrests,” said Butcher.

Another reason, says Moell, is substance abuse, whether that is drugs or alcohol. “A lot of the public get hung up on the choice issue. Yes, people choose to use. But the brain changes with substance abuse. In most cases, people are dealing with it (the issue) by choosing not to deal with it.”

As the opioid epidemic has worsened, so have all the criminal behaviors associated with it – from dealing to drug paraphernalia to property crimes.

Sometimes, adds Moell, the public does not make the connection between the behavior that landed the person in jail, and their mental health issue.  “Yes, the behavior itself might be criminal behavior, but what’s driving the behavior?” he said. “Yes, jail can be an appropriate place for them, but it’s not the only remedy. That’s what we’re running into – there is no other place for them to be.”

“It’s something we’re all struggling with, the criminalization of mental illness,” Moell said.

A different approach might work, says Jail Administrator Joe Palmer, Moell and Butcher. They support the idea of a so-called “crisis stabilization unit” in Clermont County. Law enforcement officers would bring those obviously dealing with a mental health condition to the unit, where no one would be turned away. The medical and treatment team would begin to diagnose and treat the client. Essentially, the person would be stabilized before then going on to the most appropriate next step, which could include the courts and a sentence.

“The last place someone in crisis belongs in is jail,” Palmer said. “We try our best. We don’t want anyone to hurt themselves. But I have between 380 to 400 inmates here. A lot of people are in crisis, and I only have so much staff.”