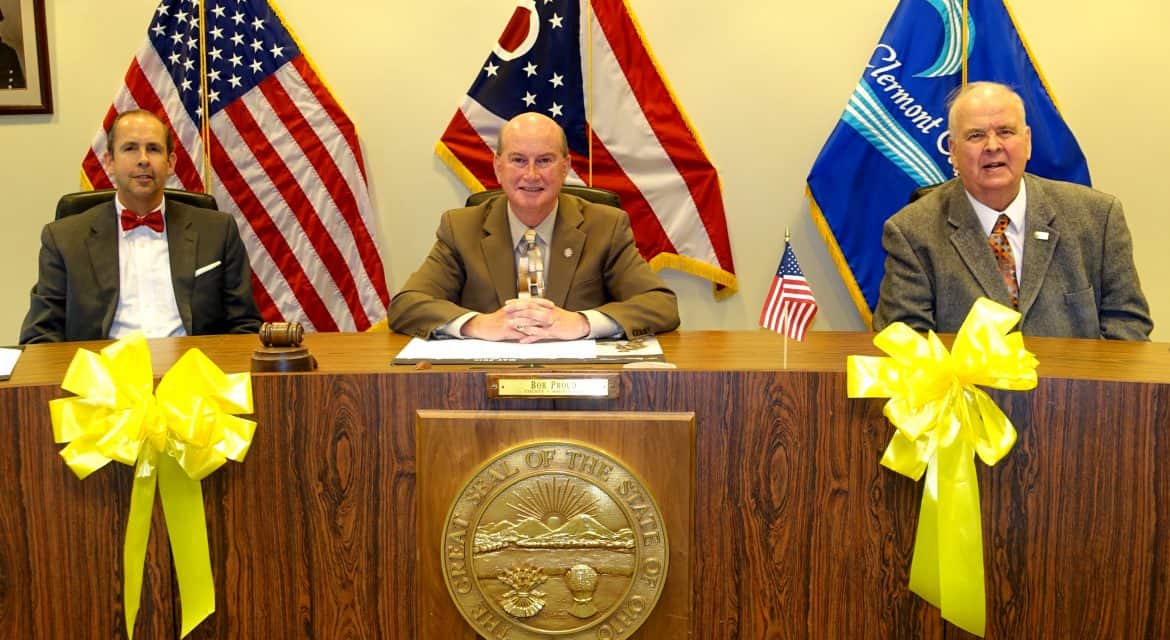 The General Fund is the largest discretionary source of funds in the county, and finances 20 of 21 elected offices in Clermont County. (The Engineer’s Office is funded through state gasoline taxes and driver license fees.)

Sales tax revenue, which provides 50% of General Fund revenue, has continued to increase, according to Sukie Scheetz, Director of the Office of Management and Budget. Sales tax revenue in 2017 is estimated to be $28.4 million compared to $27.5 million in 2016.

In 2017, General Fund program areas are funded as follows:

The county will maintain its minimum 33% operating reserves in 2017, to protect against any volatility in revenue sources, Scheetz said. That is enough to cover four months of operating expenses.

Commissioners expressed confidence in the 2017 budget. “It’s gratifying to see our sales tax revenue continue to grow at a healthy pace,” said Bob Proud, President of the Board. “As always, we budget conservatively so that we will not be caught by surprise if there are any bumps in the economy.”

Added BCC Vice President David Uible, “The Commissioners are committed to doing what we can to help the county economy grow, fulfilling our commitments and keeping a sharp eye on our expenditures. Our 2017 budget reflects that.”

Commissioner Ed Humphrey said, “This budget allows us to continue to live within our means, but still target certain priorities for Clermont County. We hope to see additional growth in the economy in 2017.”