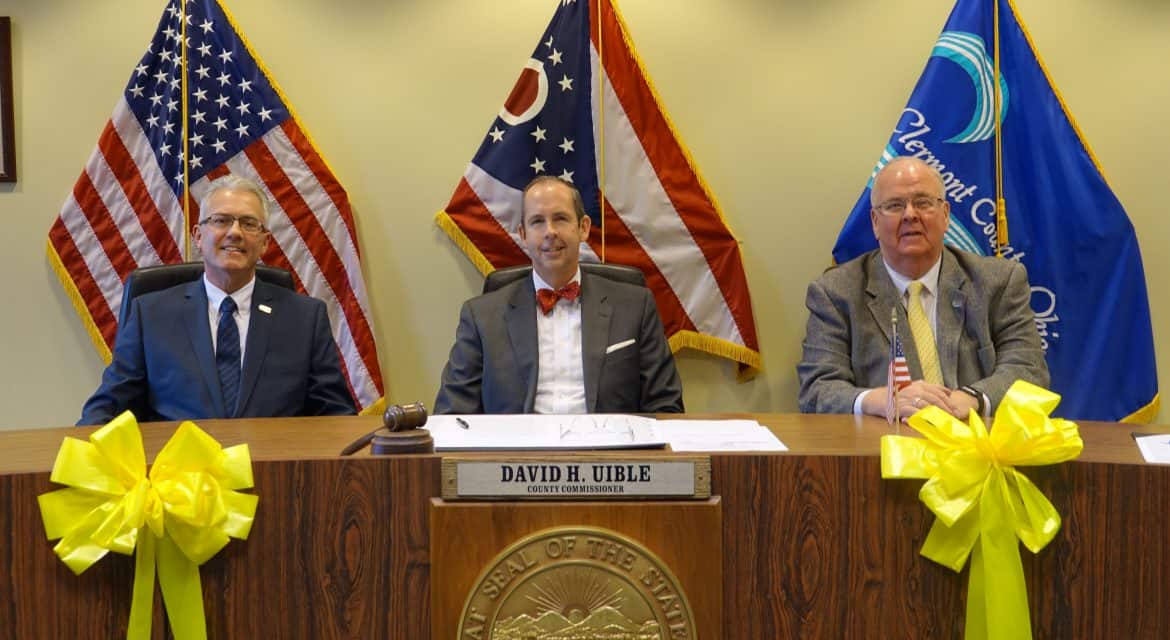 The General Fund is the largest discretionary source of funds in the county, and finances 20 of 21 elected offices in Clermont County. (The Engineer’s Office is funded through state gasoline taxes and driver license fees.) Clermont County Commissioners will also appropriate $188.6 million in 2018 for the other 116 special purpose funds under their budgetary control.

As required by law, 2018’s budget is balanced, with expenses not exceeding projected revenues.

Sales tax revenue, which provides almost 50% of General Fund revenue, is estimated to be $28.6 million in 2018, down a tick from 2017. The primary reason that sales tax revenue will remain flat, despite a healthy economy, is due to a federal decision that disallowed Ohio from imposing sales taxes on services provided by Medicaid managed care organizations. In Clermont County, this is resulting in a loss of about $1.8 million annually.

“Because of the loss of revenue from managed care organizations, it’s crucial that Clermont County control its expenses,” said Sukie Scheetz, Director of the Office of Management and Budget. Other goals of the 2018 budget included continuing the county’s capital plan, and maintaining a healthy reserve to account for economic uncertainty and volatile revenue, Scheetz noted.

In 2018, General Fund program areas will be funded as follows:

Personnel accounts for the largest share of the appropriations budget — $42.4 million, or 76% of the budget, with $13.6 million going to other expenses. The 2018 merit raise pool for county employees is at 2.35%.

In 2018, the county will draw down $3 million from its reserve fund, which is expected to have a $25 million balance at the end of 2017, to fund capital plans.

“Clermont County’s philosophy is to live within our means, and we continue to do that with this budget,” said Commissioner David Uible, President of the Board. “In 2018, our spending will increase modestly, and we will continue to put money into our reserve fund.”