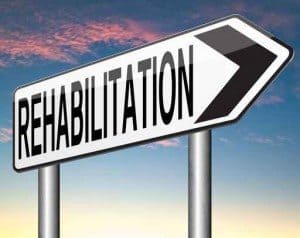 BATAVIA, Ohio (May 12, 2015) – Judge James Shriver’s Family Treatment Dependency Court has been awarded a grant of $86,680 that will allow it to offer medication-assisted treatment (MAT) for participants in the court who do not have health insurance.

The federal grant, administered through the Ohio Office of Criminal Justice Services, will supply about 18 participants with medical treatment designed to ease their withdrawal symptoms, including Suboxone and Vivitrol. Suboxone helps to reduce withdrawal symptoms and cravings; Vivitrol blocks the actions of opioids. Medication-assisted treatment is the use of medications, in combination with counseling and behavioral therapies, to provide a whole-patient approach to the treatment of substance use, according to the Substance Abuse and Mental Health Services Administration.

“Research has shown that people have a much better shot at finishing treatment if they are can use these medications to help them,” said Judge Shriver. “This grant will enable us to offer that help to those of our participants who do not have insurance, or who are priced out of the treatment even with insurance.”

The Clermont County Family Treatment Dependency Court, one of 15 specially certified treatment courts in Ohio, began last fall in response to the growing number of children in the county who were being placed into foster care because their parent or parents were addicts. Those selected for the program are required to go through treatment, undergo frequent drug screens, and appear in court on a regular basis. “Those successfully completing the program will be reunited with their children,” said Judge Shriver.

The court has enrolled five participants since its launch in November. All have received substance abuse treatment. Two have been reunified with their children; two have found stable housing after being homeless; one has been employed for more than 90 days and another recently found a job, according to Angela Livesay, who administers the program.