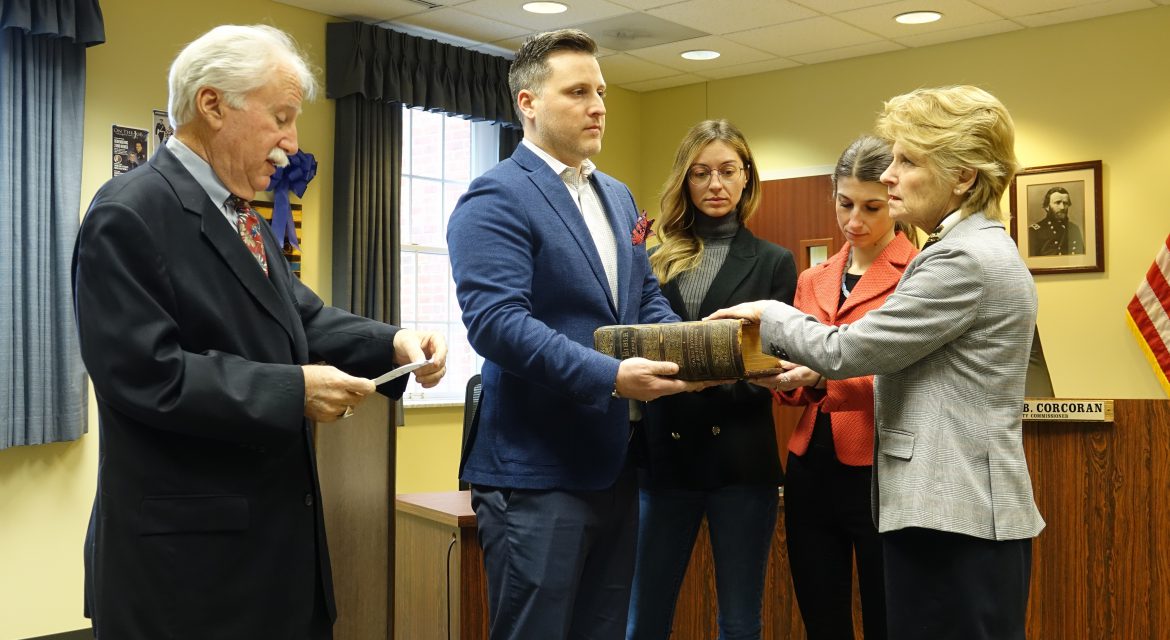 BATAVIA, OH (Jan. 11, 2023) — Claire Corcoran looks forward to her second four-year term on the Board of County Commissioners. She believes Commissioners will spearhead a collaborative effort to keep Clermont County moving ahead.

“We are here as commissioners as leaders – and that means we are relying on everyone in this county,” said Corcoran, before being sworn in for the term on Jan. 9.

Corcoran pointed out that a wide variety of people have a role to play, ranging from county employees to elected officials to those in social service agencies who work with the Department of Job & Family Services. She noted that organizations such as the Clermont County Chamber of Commerce, the Kiwanis Club and many others also contribute.

“I just love that everyone comes together,” she said.

Corcoran, who has lived in Goshen Township since 2001, has dedicated her life to public service. From 1974-1988, she worked in the Division of Domestic Relations for Hamilton County Common Pleas Court, where she was a manager focusing on home and child support investigations.

From 1988 to 2008, Corcoran worked as a supervisor and manager for Hamilton County Job & Family Services, responsible for a number of projects. From 2012-2015, she served as a Goshen Township Trustee, and from October 2015 through January 2016, as the interim township administrator. Corcoran also served on the Goshen Local School District Board from 2008-2011.

Corcoran believes that Clermont County can continue to be a beacon for economic development while retaining its distinctive rural flavor.

“We have accomplished a lot in the last four years,” she said. “And we will achieve much more in the future as we all do our part to keep the progress going.”