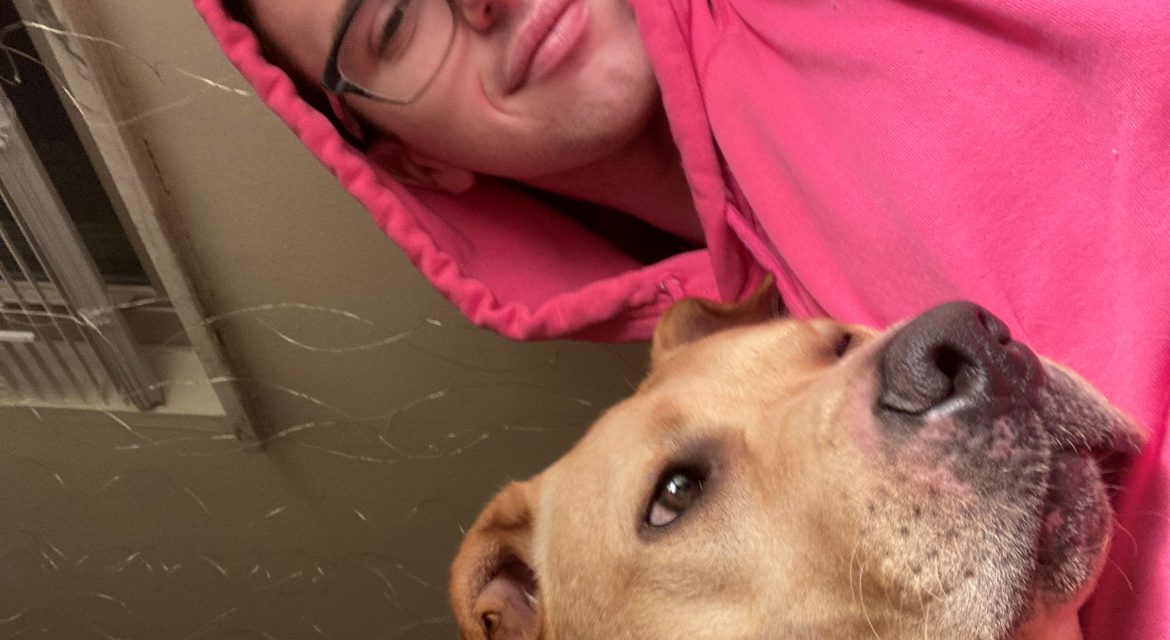 BATAVIA, OH — Tyler Brown adopted Fritz from the Clermont County Animal Shelter on Nov. 1. The pit bull and Labrador retriever mix had been in the shelter for 10 days.

“I met him on day seven looking at different dogs,” Brown said. “I was told he was super timid, but as he was brought out that lasted for half a second. He was super excited and wagging his tail and sat beside me like it was decided. The staff were taken aback and agreed that it was decided, too.”

Brown and Fritz live in Amelia with another adopted dog, an elderly bichon shih tzu.

“I’ve had her for 12 years now and she has a number of years left, but she’s an old diva,” Brown said. “I went to the shelter because I had seen several dogs online I was interested in, but looking through the binder of dogs his smile just spoke to me. Once he and my other dog met it was only a matter of paperwork.”

“The big dog bed I got for him ended up getting claimed by my 8-pound dog, but he only wants to sleep in my arms,” Brown said.