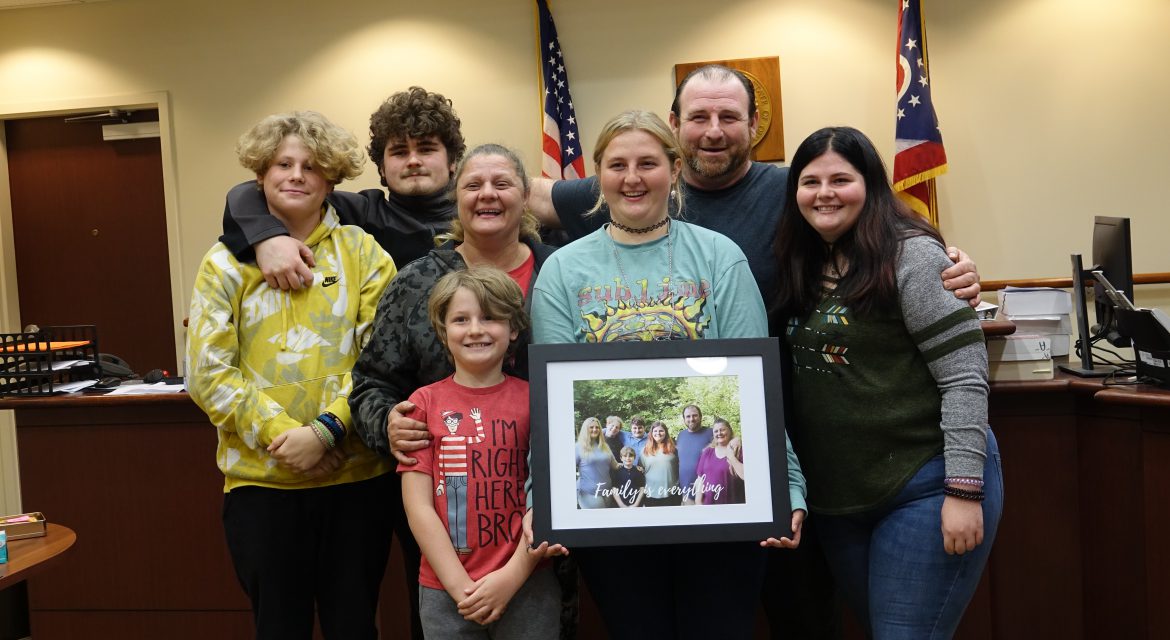 BATAVIA, OH – Billie and Dwayne Richards were on the verge of homelessness, without reliable transportation and unemployed. They had lost custody of their five children. They were using methamphetamine.

After 17 months in the Clermont County Family Recovery Court, the situation changed completely for the married couple of 22 years and their kids, ages 19, 18, 16, 13, and 8.

“Billie and Dwayne have overcome some of the most challenging barriers in their road to recovery,” said Judge James Shriver at the Richards’ graduation from the program on Oct. 13. “They both completed substance use disorder treatment, obtained stable housing, have reliable transportation, gained full-time employment, and their children have been home for over 100 days now.

“Billie and Dwayne both have over one year of sobriety and each of them has provided over 130 negative tox screens.”

On average, the program takes more than a year to complete. Families (couples or individuals) voluntarily enter Family Recovery Court. Requirements include attending frequent court hearings, Substance Use Disorder treatment, random and frequent drug screens, meetings with a case manager, calling and checking in regularly, attending AA or similar sober support meetings and getting a sponsor or mentor, having income, establishing housing, taking care of criminal matters and getting a driver’s license.

Sharon Gillespie of Child Focus praised Billie and Dwayne for their resilience as they overcame barriers such as obtaining housing. Thoughts of quitting the program came as they balanced the demands of work, family, recovery and the like.

“They just kept climbing,” Gillespie said. “It has not been an easy trek, but you just keep pushing on.”

She noted that Child Focus helped the family build on its strengths, such as open and honest communication.

Billie and Dwayne evoked tears and smiles as they thanked Gillespie, Judge Shriver and others for their support.

“Thank you so much from the bottom of my heart for seeing me as I am,” Billie added, wiping away tears.

Judge Shriver offered words of encouragement to the children before handing out incentives such as a framed family photo, recovery journey binder and gift cards (the ice cream card evoking cheers from the kids.)

“We’ve been through a lot together, haven’t we,” Judge Shriver said to Billie and Dwayne.

As they nodded in agreement, you could sense the feeling of accomplishment and determination to continue forging ahead in this new life – one day at a time.