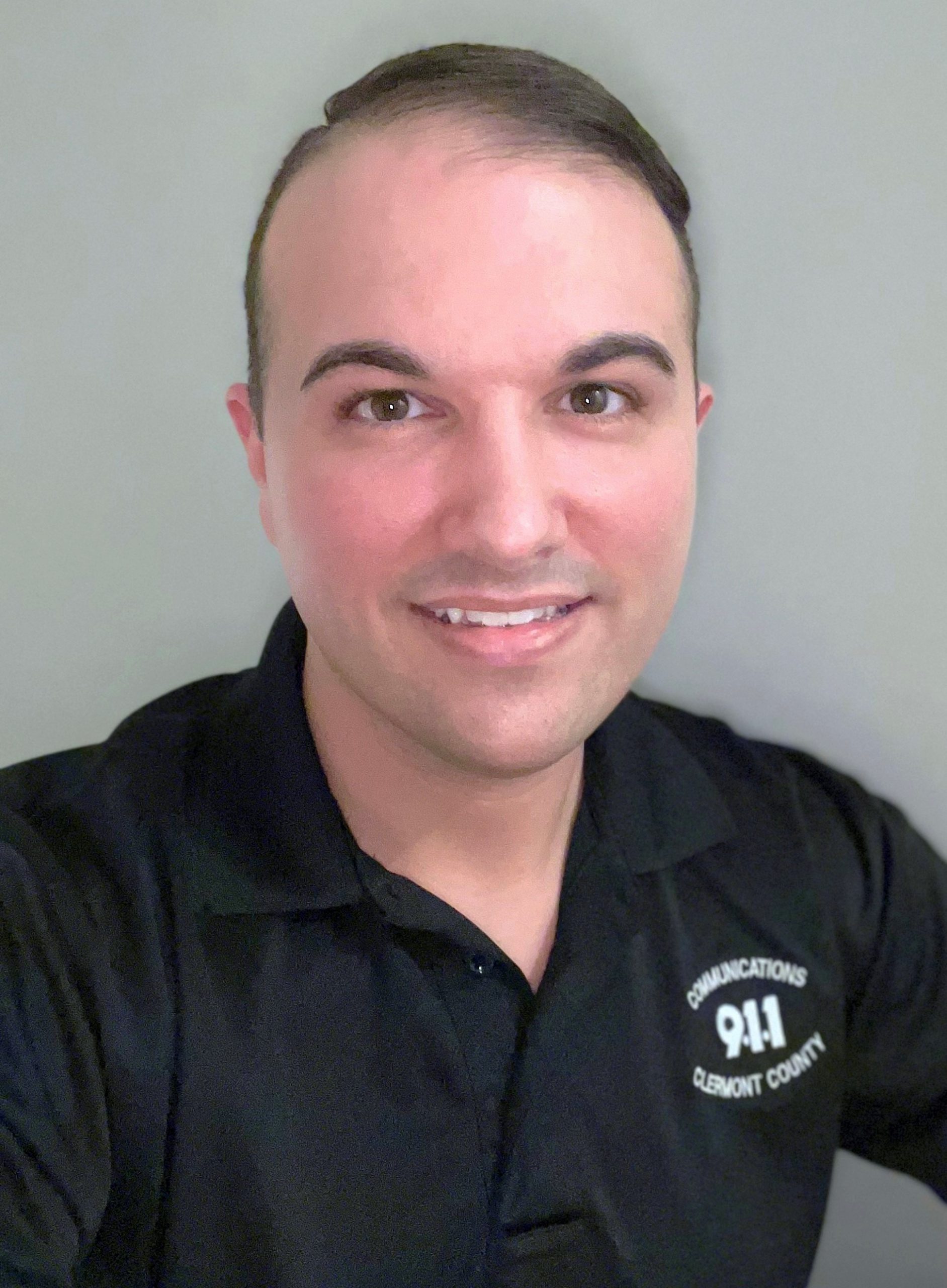 Garrett responded: “I think my stepfather is having a heart attack or something. He is breathing heavily… He looks very, very red.”

Dispatcher Daulton quickly assessed the situation. He learned that Garrett’s sister (15-year-old Anderson) was with him and that the apparent cardiac arrest victim, Greg Eubanks, was unconscious in a chair. He dispatched a life squad to the scene and asked if there was a defibrillator near. There wasn’t. He instructed the callers to drag Eubanks to the floor, which they were unable to do, so they tried to recline the chair.

Garrett handed the phone to his sister – and Dispatcher Daulton promptly gave instructions: “All right, listen carefully. I’m going to tell you how to do chest compressions. You’re going to place the heel of your hand on the breast bone in the center of the chest, right between the nipples. Put your other hand on top of that hand. We’re going to pump the chest hard and fast at least five per second and two inches deep. Let the chest come up all of the way between pumps. We are going to do this 600 times until help can take over. Count out loud so I can count with you.”

The counting began. “You’re doing a great job,” Daulton said during a brief pause. “Just keep it up.” He let them know the life squad was almost there and asked if doors were unlocked.

“Alright, I’ll let you go talk to them,” Daulton replied, and disconnected the call.

When Eubanks got to the hospital, he had a good pulse, blood pressure and brain function.

A few weeks later, Dispatcher Daulton attended a special award presentation at the Miami Township Board of Trustees meeting. Eubanks, Anderson, Garrett, Daulton and the township fire, EMS and police officers who assisted listened as the assistant fire chief walked everyone through the steps taken on March 1. Within a week, the Board of County Commissioners also honored Daulton.

“These types of calls occur a few times a month,” said John Kiskaden, director of the Clermont County Department of Public Safety Services. “As a dispatcher you typically never know what the outcome of the call is because when Fire/EMS arrive you disconnect and move on to the next call.”

Daulton prefers to do his work without too much special attention, but he was glad to see  Eubanks alive and doing well.

“This shows what can happen when everyone stays calm and works as a team,” Daulton said. “Everyone pulled together, from the teenagers to the emergency personnel, and put a happy ending on this story.”