Safety Champion: Bill Mellman of the Office of Environmental Quality 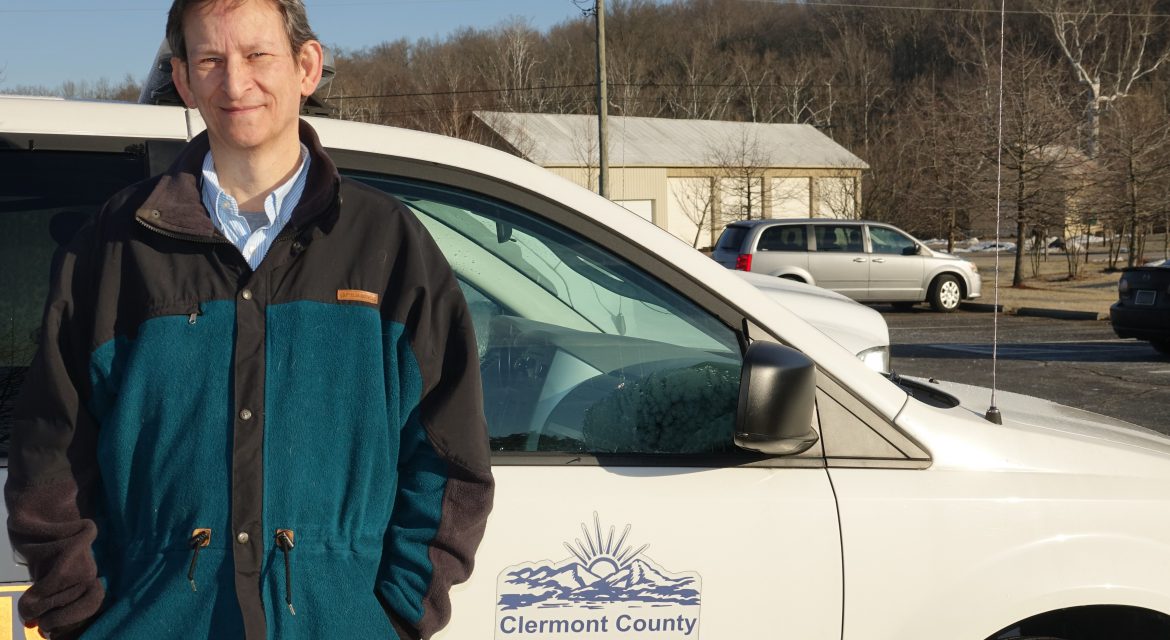 Bill Mellman, program manager for the Office of Environmental Quality, spends a lot of time in a considerably safe workspace. But fieldwork brings potential safety hazards for Mellman and others in OEQ.

“This is nearly always around water including, at times, surface water bodies above flood stage,” he said. “In such an environment, it’s obvious that attention to safety is critical. Additionally, some of us frequently — and all of us, occasionally — work with harsh chemicals and biohazards so that’s a level of required awareness above your standard desk job.”

Mellman was introduced to the importance of safety as a youngster in Chicago. He joined Clermont County in 2008 after jobs at the University of Cincinnati and Andersen Consulting.

“My father built a sailboat so I was always near water,” he said. “Wearing a personal flotation device, or PFD, was second nature to me. When I was in college I used to lead outdoor trips in climbing, caving, canoeing and backpacking, so very early on emergency management awareness and training was required of me. As I’ve gotten older, less obvious sources of injury have made themselves known. As selfish as it sounds, my own comfort is often a motivation.”

Fortunately, Mellman’s teammates are equally aware and concerned about safely so minimal promotion is necessary, but he often helps ensure everyone has the proper Personal Protective Equipment (PPE) for the job. Also, he said that review, reminders and checklists are among your best tools before your risk has increased.

“For us the greatest risks are tripping/falling injuries when on steep ground when in the field,” he said “It’s infrequent but at times drowning is also a risk, and for those of us working in the lab, exposure to chemicals and biohazards is a risk. The simplest and most obvious first step is having the appropriate PPE. Then reviewing and communicating what you’re going to do before you do it.”

Clermont County Safety Coordinator Gary Caudill said: “Bill and his team are setting the stage in preventing any workplace injuries.”