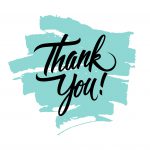 The new site will complement ATW’s production facility in Mt. Orab. ATW considered locations in Michigan, Kentucky and Indiana before choosing Batavia Township because of its proximity to existing operations and easy access to the rest of the Midwest.

Commissioner David Painter praised Fawley for her excellent work on the information requested by REDI Cincinnati. Painter also thanked Michael McNamara, Director of Community and Economic Development, for his work.

“I just think that economic development is moving ahead in Clermont County – and that’s great,” Painter said.

Fawley said McNamara and Assistant Director Greg Bickford have gotten off to a great start in their first year with Clermont County.