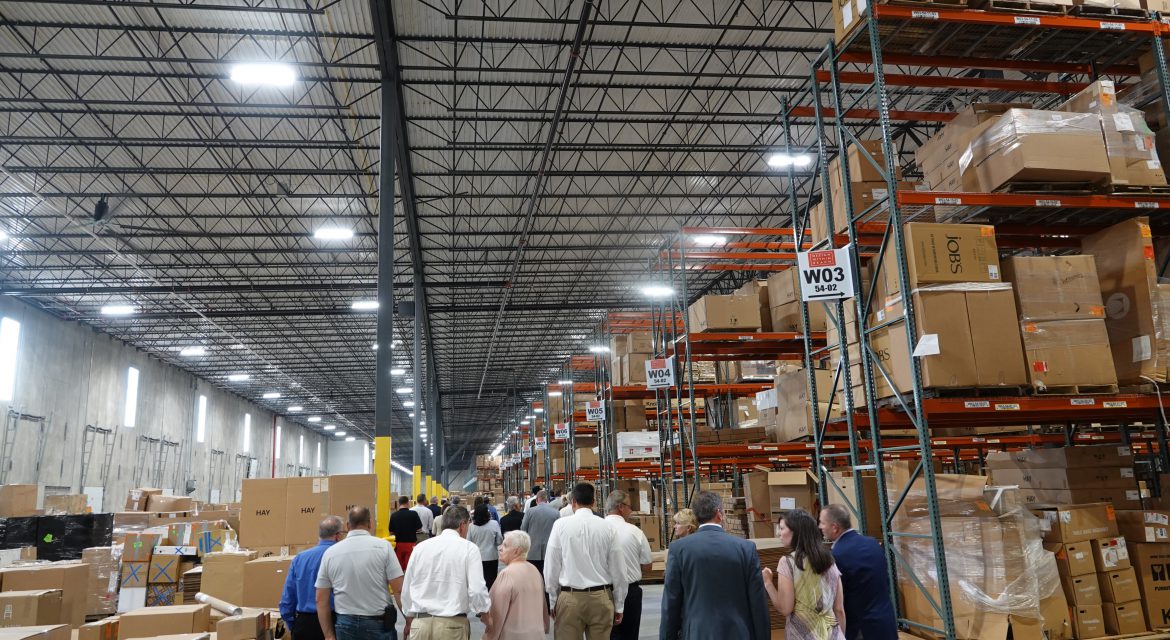 BATAVIA, Ohio – Officials from all levels of government joined executives from Design Within Reach, a furniture and home accessories company, Duke Realty and the Clermont Chamber of Commerce to mark the opening of a huge distribution facility at South Afton Industrial Park, the first property developed on SR 32 and Half Acre Road.

“We’re very pleased to celebrate the opening of the second-largest industrial building in Clermont County,” Commissioner David Painter said. “Design Within Reach employs more than 100 people in this $17-million, 617,760-square foot distribution center. It’s second in size only to the former Ford plant, which was built almost 40 years ago.

“As government, we don’t create jobs, but we can help create an environment that will lead to new jobs.

“We’re thankful Design Within Reach for selecting Clermont County. We wish you much success in the future.”

About South Afton Industrial Park: A 242-acre industrial park at the southeastern corner of State Route 32 and Half Acre Road in Williamsburg Township. The land was purchased by the Clermont County CIC (Community Improvement Corporation) in February 2016 for $4.9 million, using proceeds from the Ivy Pointe development in Union Township. The CIC has invested $2.7 million in infrastructure at South Afton. An economic impact study by the Economics Center of the University of Cincinnati estimated that the industrial park would eventually create more than 1,800 direct jobs and more than 1,600 indirect jobs. Read more here: www.southafton.com.

About Design Within Reach: Design Within Reach, Inc., founded in 1998 and headquartered in Stamford, Connecticut, sells its furniture and accessories to residential and commercial customers. It is a subsidiary of Herman Miller, Inc. More information can be found here: http://www.dwr.com.