Lack of hope, isolation contribute to higher rates of suicide in middle-aged adults 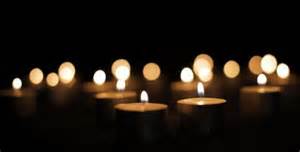 BATAVIA, OH (Sept. 3, 2019) — As Clermont County prepares for its annual Suicide Awareness Day Candlelight Vigil on Sept. 10 and Stand Up to Suicide training (details on both below), we face some stark — and perhaps startling — realities:

“The data also revealed a troubling reality unfolding across Appalachian Ohio, which is home to nine of Ohio’s 10 counties with the highest suicide rates per 100,000 population over the past 10 years,” states the Ohio University College of Health Sciences and Professions. “…White individuals who reside in economically distressed Appalachian communities continue to exhibit the highest suicide rate in Ohio.”

Recent top-selling books such as Hillbilly Elegy: A Memoir of a Family and Culture in Crisis by J.D. Vance and Dreamland: The True Tale of America’s Opiate Epidemic by Sam Quinones detail social trends leading to increasing suicide and addiction rates in the region. White males without a college degree may see themselves as having a less promising future than previous generations. They find low prospects for a good job, one with a ladder up.

Dr. Lee Ann Watson, Associate Director of the Clermont County Mental Health and Recovery Board, noted that there were 31 suicides in Clermont County in 2018, with 42 percent of those deaths occurring in those ages 50-59.  She cites untreated mental health concerns, substance misuse, isolation and financial and relationship problems as leading factors.

“Lack of hope and social isolation is a breeding ground for this tragedy,” Watson said. “We’re just beginning to address the aftermath of the opioid crisis in our county. There’s a very high correlation between substance misuse and suicide.”

Watson added that an increase in suicides among middle aged men in Clermont County reflects a national trend. Males are less likely to seek professional help for mental health concerns. They also use firearms more frequently in suicide attempts than women, who more often try less-effective poisoning in attempts to take their lives.

Watson urges people to call Clermont County’s around-the-clock crisis hotline at 528-SAVE if they feel suicidal. Help is a phone call away.

Be aware of these warning signs from the National Institute of Mental Health:

—
Stand Up to Suicide, throughout September
Also, in September, Clermont County will join 14 counties across Ohio to Stand Up to Suicide. Communities are coming together to train the most people possible in the suicide prevention tactics of Question, Persuade and Refer (QPR). In 90 minutes, QPR training will equip you with the skills to recognize and intervene when someone is showing signs of a suicidal crisis.

Anyone wishing to have their group or organization trained can take these simple steps: