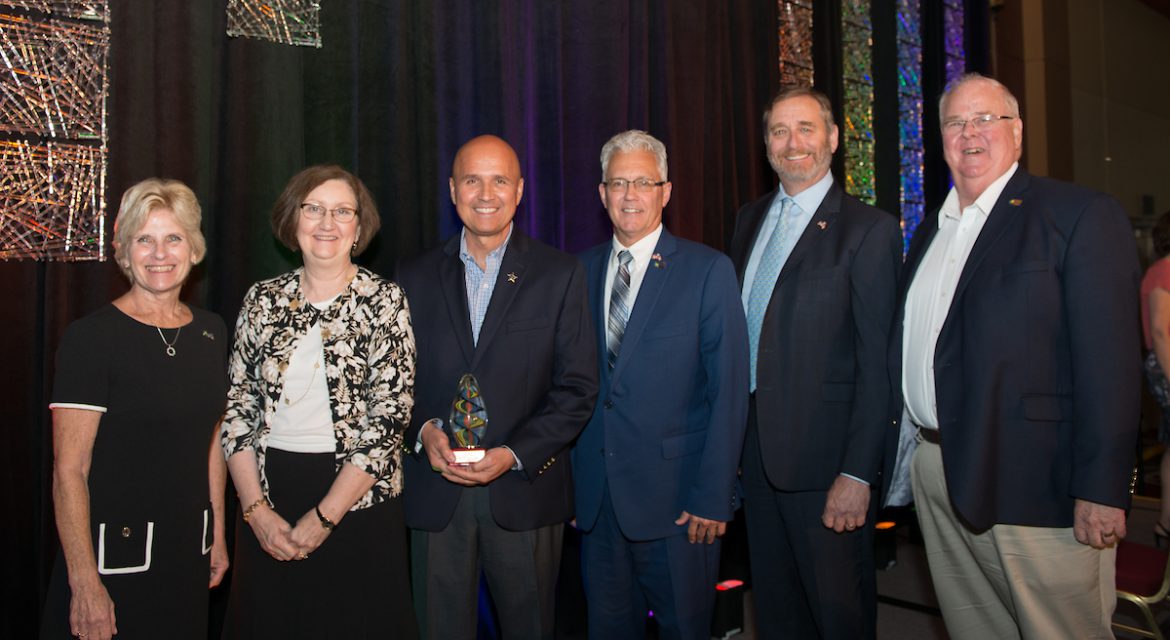 According to the nomination, Sheriff Leahy has been an incredibly strong supporter of the behavioral health system, assuring that inmates in the county jail are assessed and linked to treatment upon release. Thanks to Sheriff Leahy, Clermont County was one of the first counties in the state to have Deputies carry naloxone. He has supported the Community Alternative Sentencing Center (CASC), housed in a section of the jail, that provides treatment, including MAT, to individuals who agree to participate. He has also worked with the community to implement a Quick Response Team in Clermont County.  For Sheriff Leahy, this issue is also personal. He has family experience with addiction and instead of hiding that experience, he has used it to fight stigma and to illustrate that addiction can happen to anyone.

The three Clermont County Commissioners, Claire Corcoran, Ed Humphrey, and Dave Painter, and several members of the Clermont County Opiate Task Force who were at the conference attended the luncheon at which the award recipients were recognized.

With a registered attendance of more than 1,200 individuals, Ohio’s 2019 Opiate and Other Drug Conference: Promoting Solutions to Addiction Throughout Ohio is one of the premier events in Ohio addressing issues related to opiates and other drugs.