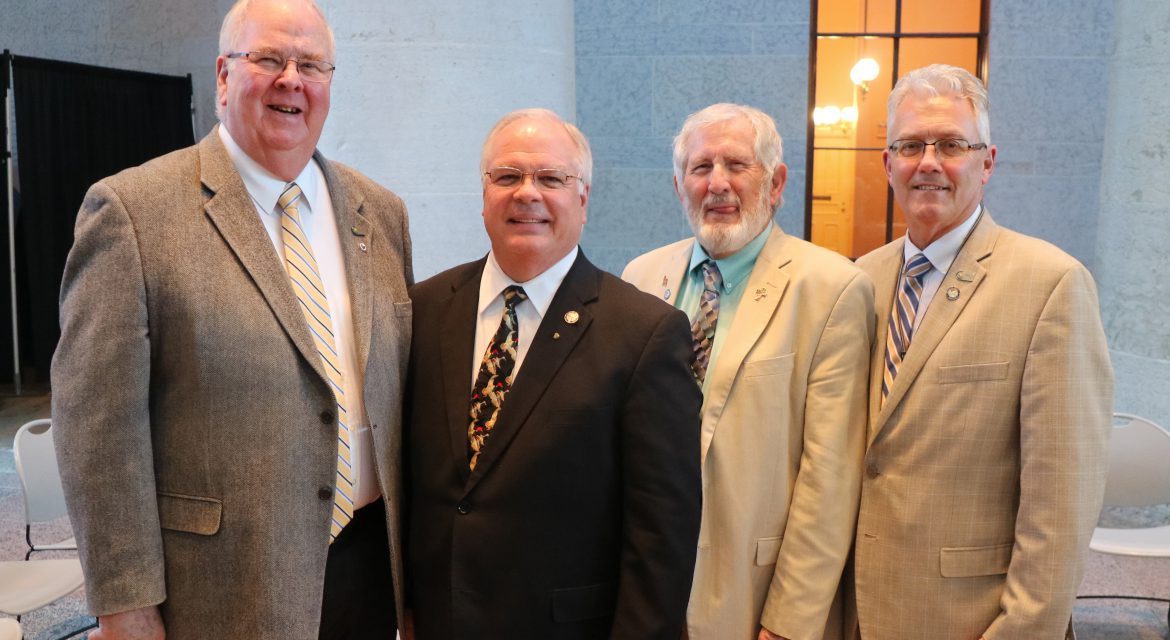 State Sen. Joe Uecker, whose district includes Clermont County, was among the state legislators attending. State Reps. John Becker and Doug Green, both of whom represent Clermont County, are co-sponsors of the bill.

“We are eager to work with our legislators to improve the state-county partnership,” said David Painter, President of the Board of County Commissioners. “Ohio’s 88 counties serve as the administrative arm of the state by providing vital services, such as infrastructure, justice and public safety, human services and economic development. It’s essential that we work together to ensure that county revenue streams correspond to the services they are mandated by the state to provide.”

County leaders had the opportunity to meet with Gov. Mike DeWine and Lt. Gov. Jon Husted as well as their legislators to discuss issues affecting counties, including budget amendment HC0607.

“The state assuming full responsibility for indigent defense costs would give Clermont County additional flexibility in allocating limited general fund revenue to support other county cost centers that are funded out of the county general fund,” Commissioner Painter said. “I believe these additional funds could allow us to address the funding needs of the Clermont County Jail as well as the funding allocation of the 911 Communications Center.”

In 2018, a total of $2.02 million was spent on indigent defense in Clermont County. Of that, the county funded almost $1.2 million and the state funded the balance.