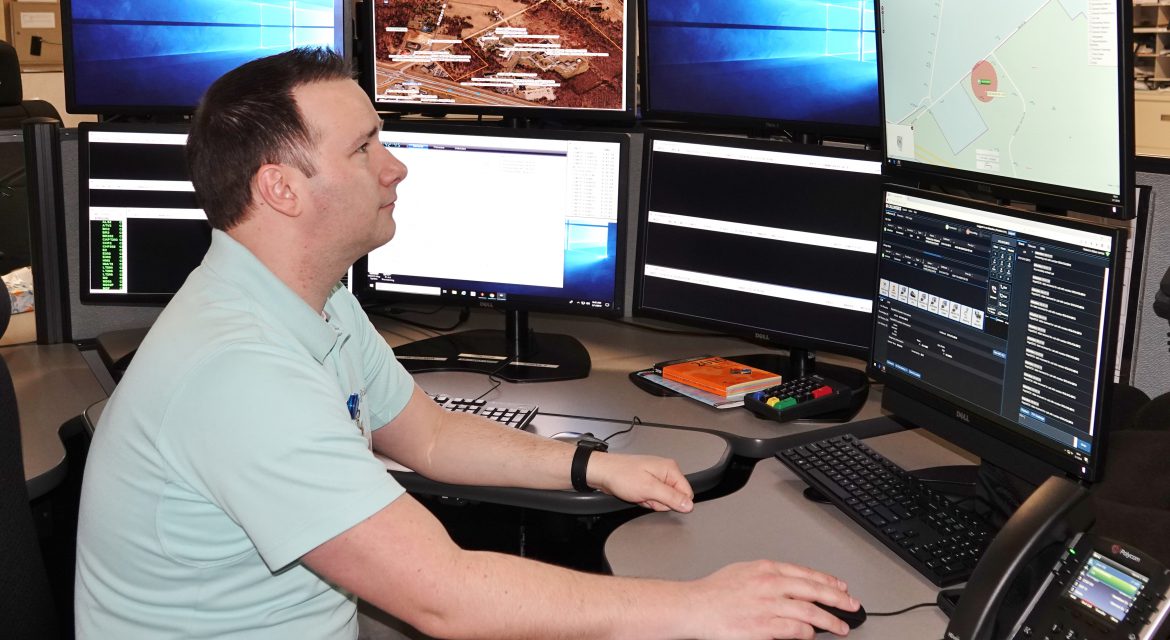 Dominick Daulton demonstrates the Rapid SOS CallWorks system. The red dot on the screen shows where the call is coming from.
By Kathleen Williams

BATAVIA, Ohio – Clermont County’s 911 system now includes a feature called Rapid SOS, allowing 911 calls that are made with a cell phone to be accurately pinpointed by using the GPS on the caller’s phone.

Motorola Solution’s CallWorks system was installed at the 911 dispatch center in mid-January, said Dominick Daulton, Program Administrator for the Department of Public Safety Services, which includes the dispatch center.

Previously, 911 calls from cell phone users were triangulated using the nearest cell phone towers, Daulton said. “Now, using the GPS on the caller’s phone, the location of the caller can be pinpointed, and first responders can get to the scene more quickly,” he said.

Rapid SOS requires IOS 12 for iPhones and Version 4.0 and up for Android phones. Customers should call their cell phone provider to check that their phone is compatible with Rapid SOS.

CallWorks also has a new map feature that allows dispatchers to see where calls are coming in from. If a cluster of calls is coming in from the location of an accident, which dispatch already knows about, and a new call comes in from the other side of the county, the dispatcher can answer the new call. Previously, dispatch operators could only answer calls in the order they came in.

Clermont County’s dispatch system answers 911 calls from throughout the county, with the exception of Union Township, Amelia, the City of Milford and the City of Loveland.