The two Clermont County residents were among the 20 people inducted on Nov. 8, 2018, two posthumously. 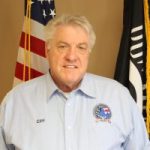 Riley, 72, of Milford, served in the U.S. Army from 1966 to 1969, two years of that in Vietnam. He was a Sergeant E-5. He worked in the insurance industry for 47 years, working mostly with veterans on benefits.

Riley lobbied for the Agent Orange Act of 1991. In 2016, his lobbying helped to pass the Toxic Exposure Research Act, which requires the U.S. Department of Veterans Affairs to “establish a national center to conduct research on health conditions affecting descendants of veterans who were exposed to toxic substances during their service in the armed forces.” 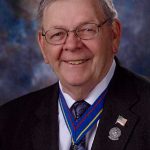 Hartman, 71, of Union Township, served in the U.S. Army from 1966 to 1968. A Specialist 4, he was stationed in Karlsruhe, Germany. He has been commander of Post 72 for 16 consecutive years, and also served as state commander. He is a volunteer at the Cincinnati VA Medical Center and served as vice president of Joseph House, which provides care, housing, food and clothing to homeless veterans.

Hartman has been recognized with several honors, including from the American Legion and the Commonwealth of Kentucky, for his philanthropy and fundraising.

continue to contribute to their communities, state and nation through exceptional acts of volunteerism, advocacy, professional distinction, public service and philanthropy.”

Currently, the Hall of Fame consists of almost 500 members. Twelve are from Clermont County – including Ulysses S. Grant.