Commissioner Painter elected president of the board for 2019 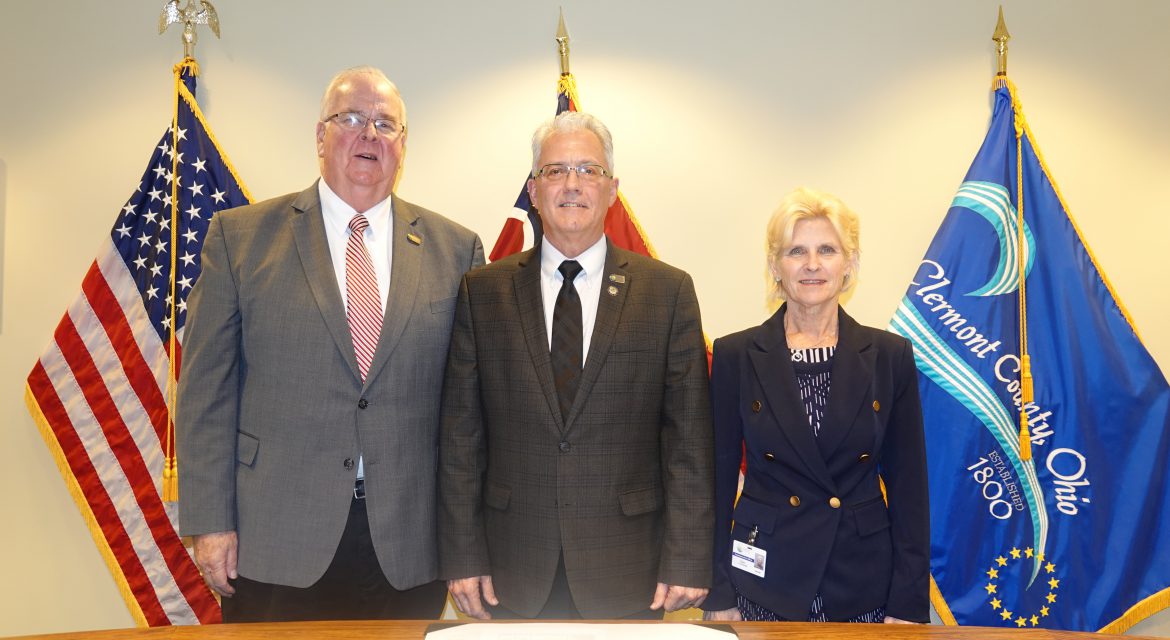 The 2019 meeting schedule for Regular Sessions was also established. The commissioners are scheduled to meet every Wednesday of the year, except for certain holiday weeks, and the second and fourth Mondays of the first six months of the year.  All meetings are at 10 a.m. unless otherwise noted. Commissioners are mandated to have at least 50 Regular Sessions during the calendar year.

Commissioner Painter said that his priorities for 2019 included moving Clermont County toward being able to use electronic payments for all transactions with its residents.

“I am all about service,” he said to many of the department heads who were at the meeting. “Don’t let anyone leave your department without being satisfied.”

He also spoke of his commitment to transparency.

The Reorganization Meeting was followed by Regular Session at which the following 2019 appointments were made:

Commissioner Painter to serve on the Area 12 Workforce Board as  a Chief Elected Official; the Tax Incentive Review Council, and the Adams-Clermont Solid Waste District Policy Committee.

Commissioner Humphrey to serve on the Clermont County Automatic Data Processing Board and the Records Commission.

Commissioner Corcoran to serve on the Clermont County Board of Revision, the Septic System Rehabilitation Financing Committee, the Southern Ohio Agricultural and Community Development Foundation Review Committee, and as alternate on the Area 12 Workforce Board.