Commissioner Corcoran sworn in to office 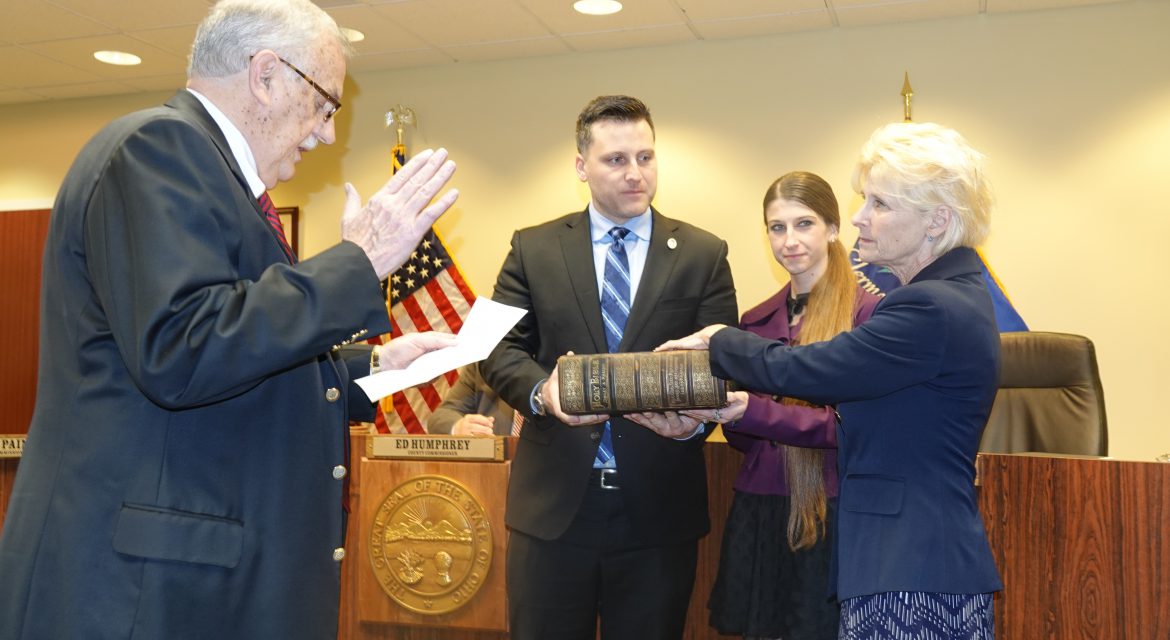 Commissioner Claire Corcoran is sworn into office Jan. 14, 2019, by former County Treasurer Bob True. With her are her son, Keegan, and her daughter, Kelsi.
By Kathleen Williams

BATAVIA, Ohio – Claire Corcoran had a ceremonial swearing-in to the Clermont County Board of Commissioners today (Jan. 14) before the annual Reorganization Meeting.

In remarks after her swearing-in, Commissioner Corcoran said, “The next four years, I will make a simple promise to all of you. I will work hard for our county. I will maintain the highest standards of professionalism and ethics. I will always remember that serving the citizens of Clermont County is a privilege.”

Commissioner Corcoran is a former Goshen Township trustee and also served on the Goshen Local School District Board.