Shaw Farms to be recognized Oct. 11 as ‘Bicentennial Farm’ 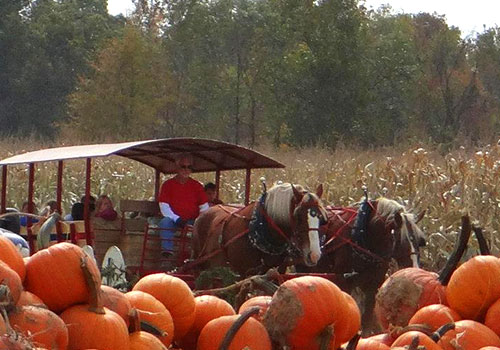 BATAVIA, Ohio (Sept. 27, 2018) – Shaw Farms in Miami Township will be recognized as an “Ohio Bicentennial Farm” on Oct. 11 by Ohio Department of Agriculture Director David Daniels. This extraordinary designation identifies Shaw Farms as being owned and operated by the same family for over 200 years.

Founder Thomas Shaw moved to Clermont County from Bucks County, Pa., in 1807 when he purchased 68 acres in Miami Township. The following year, Shaw purchased an additional 63 acres from none other than Gen. William Lytle, who some recognize as the “Father of Clermont County.” Thomas’ son, James Shaw, purchased the current property in 1834. His son, William, helped run the farm until he was captured during the Civil War and died at the notorious Andersonville prison camp.

Today, Shaw Farms is run by members of the family who are six to eight generations removed from the founder, and is led by matriarch Jean Shaw, who at age 87 still works full days at the farm. The future of the farm is in good hands, with ninth- and tenth-generation children living and playing on the farm. Shaw Farms is perhaps best well known for the produce they sell and their annual Fall Festival, which includes a corn maze, an interactive playground, hayrides and more. This year’s festival runs through October.

Director Daniels will present the Ohio Bicentennial Farm designation at Shaw Farms (1737 SR 131, Milford, OH 45150), at 2 p.m. on Thursday, Oct. 11. This event is free and open to the public. No registration is required. For additional information, contact the Clermont Soil & Water Conservation District at 513.732.7075 ext. 3. For more information on Shaw Farms, visit its website at www.shawfarms.com.