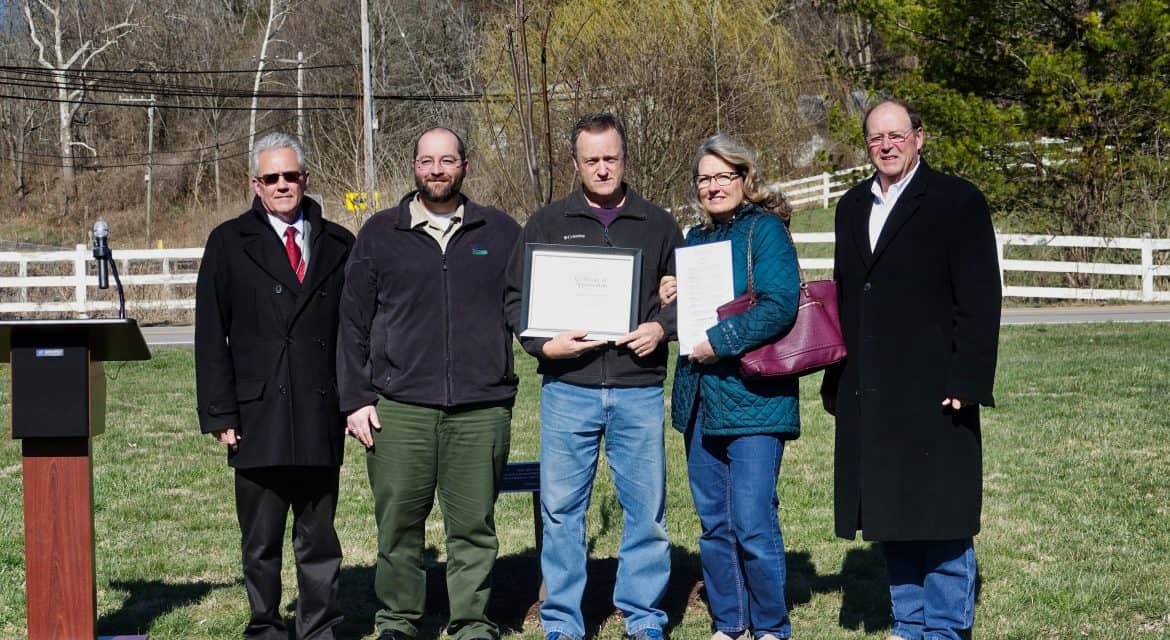 “With long days and hundreds of thousands of trees surveyed, this declaration today is a testament to the hard work and dedication of our state, federal and local partners,” said David T. Daniels, director of the Ohio Department of Agriculture. “It is this collaboration that will achieve continued success in the fight to rid Ohio of this destructive pest.”

Daniels was joined by USDA APHIS representatives, as well as community leaders at an announcement ceremony and tree planting at the Clermont County Sheriff’s Office, an area contained within the previous Batavia and Stonelick quarantine area.

ODA and USDA APHIS will move to lift the quarantine of Stonelick and Batavia townships, reducing the regulated areas of Clermont County from 62 to 57 square miles. The beetle was first discovered in Tate Township in Clermont County in June 2011. ALB quarantines remain in effect for Tate Township, East Fork State Park, portions of the East Fork Wildlife Area and a portion of Monroe Township.

“While we are thrilled with the announcement today, we still ask residents to remain vigilant and inspect their trees regularly for signs of the beetle,” said Matt Beal, chief of the ODA division of Plant Health. “This satellite infestation was detected by an alert property owner and it is this type of awareness that will help us toward our goal of eradication.”

Adult ALBs are large, shiny black insects measuring 1 to 1 ½ inches long, not including antennae, with random white spots. Their white-banded antennae can be as long as the body itself on females and almost twice the body length on males.

(Press release by the Ohio Department of Agriculture)