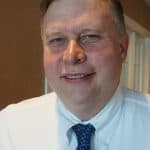 The recommendation goes to the Hamilton County Board of County Commissioners, which appoints six of SORTA’s 13 trustees. Hamilton County appoints one trustee each from Butler, Warren and Clermont Counties, and three from Hamilton County. The City of Cincinnati appoints the other seven trustees.

Freeman, if approved by the Hamilton County BCC, will replace Karl Schultz, who joined the SORTA board in 2010 and whose term is expiring. Schultz is a Miami Township trustee. Schultz said it was important to have a Clermont representative on the board. “The magic word is regional,” he said, referring to the board. “Allen has the qualifications and a sense of the region as a whole,” he noted.

Freeman was elected to the Pierce Township Board of Trustees in 2015. He is president of 50+1 Public Policy Initiatives. Projects he has been involved with include the Martin Luther King interchange on Interstate 71 and The Banks riverfront development in Cincinnati.