For this mom, adopting teenage girls was meant to be 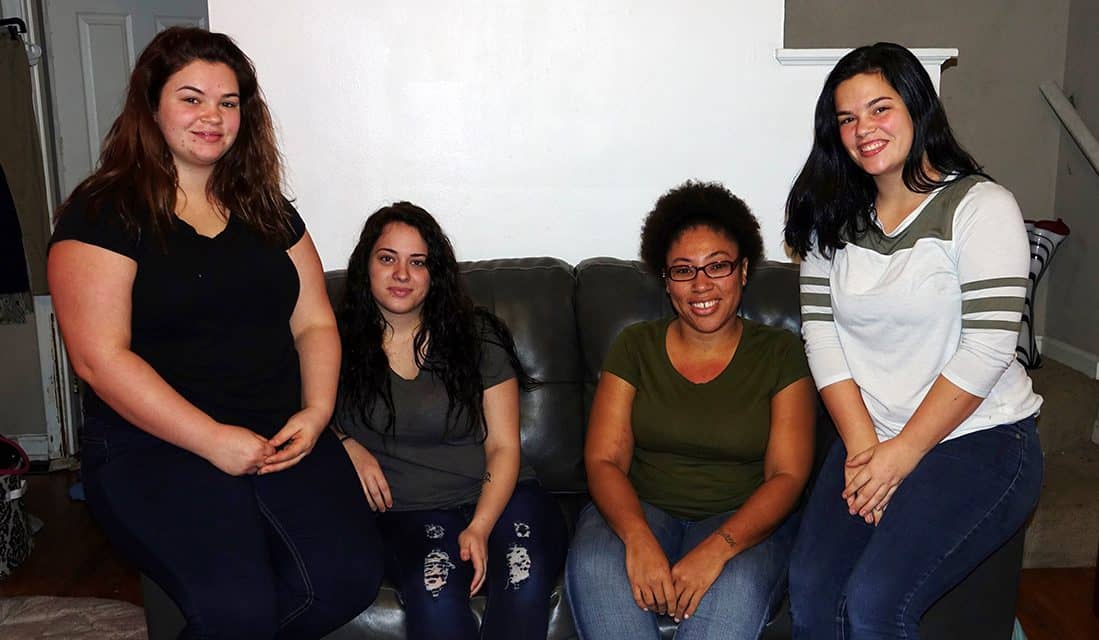 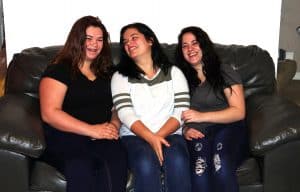 Savannah, Samantha and Sam at their home in College Hill.

BATAVIA, Ohio (Nov. 14, 2017) – June 12, 2017, was a big day for Erica Steele and her daughters. On that day, her adoption of sisters Samantha, 18, and Savannah, 16, was finalized. Both girls, who were taken from their mother’s home in Clermont County when they were very young, had lived with Erica in her College Hill home for two years as foster care children. Now, it was official. Erica, Samantha and Savannah were a legal family.

Erica, 37, loves her two daughters, and it’s apparent that they love their mom. For Erica, the age of the girls did not matter when she considered adoption. “Show them that you love them, and treat them the way you treat your own kids. Everyone will settle in as a family.”

November is National Adoption Awareness Month, and this year the theme “Every Teen Needs a Family No Matter What” is being emphasized. According to the most recent report from the Children’s Bureau, which advocates for the welfare of children and families, more than 110,000 children and youth in foster care are waiting to be adopted across the United States, and close to 12,500 of them are between the ages of 15 and 17 years old.

In Clermont County, of the 19 children who are currently available to be adopted, most are 12 or older. The heroin epidemic in particular has led to older children being in foster care, says Adoption Supervisor Julie Jordan.

Samantha and Savannah, who come from a family of five siblings, were removed from their home because of their mother’s drug use. They lived with their grandfather for many years and then with a family friend, but neither situation was good, the girls say. Samantha arrived at Erica’s home first.

“When I first got Samantha into my home, it was easy. She fit right in with the family. She had been having some problems in her other home, and when she came here, she didn’t have any problems. A couple of months later, I was asked would I be willing to take her sister, and that’s how I got Savannah.”

Samantha echoes her mom’s description of her early days with Erica. “I loved it. I fit in perfectly. It was meant to be.”

For Savannah, it was more of an adjustment. “When I first got here, I was very distant. It was hard to start over. When I first got to school, I was bad. I needed a stable home to show me what to do. I never had the right guidance to put me on the right path. I wouldn’t be where I am now if not for Mom.”

“I just let them know my rules, and what I expect from them,” Erica says. “They are my family. I don’t use the word ‘foster kid.’ Any child who comes into my home is my kid.”

Erica says that when there is conflict – perhaps at school, or with a new foster care child, or with each other – she calls an “open table,” where the girls discuss what’s on their mind and Erica offers her perspective. “Open table keeps down the drama,” she says. “We have to live in the same home and deal with each other.”

Their family will soon be growing by another sister. Sam, 17, also from Clermont County, began living with Erica in April of this year. Erica has started adoption proceedings for Sam, and expects that it will be finalized in early 2018.

All three girls attend Aiken High School, and are doing well academically. Samantha has been accepted to the University of Cincinnati and Wright State University, and has scholarships and grants to UC. Sam is No. 1 in her class. “No one can touch her!” Samantha said. Savannah is in the Top 10 at Aiken in her class, and has been named a GE Scholar, which entitles her to a full-ride scholarship to college.

“I told the girls when they came into my home that they had to be active in something,” Erica said. All the girls got involved in school sports – softball, basketball and cheerleading — assisting in fund-raisers, and managing concession stands. All three now work at Chipotle in Finneytown, in addition to helping out their mom, who runs an in-home day care.

Samantha marvels at the changes that have happened to her. “Three years ago, I was this angry teenager fighting every day, not in school, doing all kinds of drugs, not caring about myself. I didn’t think I was going to make it to my senior year. Now I don’t do drugs. Now I go to school, I do sports, I work.”

Samantha and Savannah believe that the age of a child should not be an impediment to adoption. If anything, they argue, teens need family guidance and love even more. “It don’t matter the age,” Savannah said. “At the end of the day people need to have confidence building, they need the love, the connection, the bond. For teenagers it’s never too late.”

As for her new family? “We are on the path to success,” Erica says.

To find out more about how to become a foster-to-adopt parent for Clermont County, call 513.732.7765. ClermontForKids.org has more information on the process, as well as bios of the current children awaiting adoption under the dropdown “Waiting for a Family.”