BATAVIA, Ohio (Sept. 1, 2017) – The Ohio Department of Health has released its report on 2016 drug overdose deaths. Although the number of overdose deaths across the state increased for the seventh straight year, Clermont County’s overdose death totals dropped for the first time since 2009.

In 2016, there were 96 deaths related to drug overdoses in the county, compared to a record high of 105 in 2015. The finding was just one of several released by the Ohio Department of Health in its 2 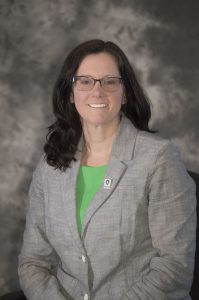 While Clermont County did see a decrease in overdose deaths from 2015 to 2016, its death rate (based on a six-year average from 2011-2016) remains near the highest in Ohio. Only Montgomery, Butler, and Brown counties have a higher rate.

“We have a long way to go and would like to see these numbers continue to decline, but this is an encouraging start,” said Health Commissioner Julianne Nesbit. “The Opiate Task Force has been hard at work addressing the drug epidemic, and this is a small accomplishment for all of the work the members have done.”

“It is a sad reality, but without the use of naloxone, these numbers could be much higher,” said Nesbit. Clermont County Public Health, along with the Clermont County Mental Health and Recovery Board, have been instrumental in making naloxone (better known by its brand name Narcan) more available to citizens in the county as well as local law enforcement and EMS agencies.

For more information on the Clermont County Opiate Task Force, visit its website at https://www.getcleannowclermont.org.

For the full report from the Ohio Department of Health, click here.

Clermont County Public Health (CCPH) is dedicated to the mission of striving to improve Clermont County by preventing disease, promoting health, and protecting the environment. For more information, visit http://www.ccphohio.org or call 513-732-7499.