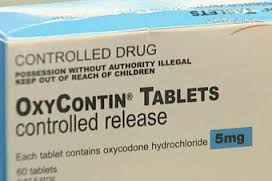 BATAVIA, Ohio (July 13, 2017) – The Clermont County Board of County Commissioners declared at their July 12 Session that opiate abuse, addiction, morbidity and mortality has created a serious public health and safety crisis in Clermont County, and is a public nuisance. The County is seeking damages from wholesale pharmaceutical distributors who control the distribution of controlled substances in this region, and are required to report suspicious orders of opiate-based drugs to federal and state authorities.

The Board of Commissioners, the Prosecuting Attorney, and the Court of Common Pleas are jointly retaining the law firm of Greene, Ketchum, Farrell, Bailey & Tweel of Huntington, West Virginia, as special counsel to pursue remedies against the distributors.

“As a County, we have spent millions of dollars over the last several years addressing this crisis,” said Commissioner David Uible, President of the BCC. “Our law enforcement and courts are greatly taxed by this. Our social service agencies such as Children’s Protective Services are busier than ever as families are being split apart. There is virtually no part of county government that has not been impacted by this.

“But even more than that, there is no neighborhood in Clermont County that has not been affected by this crisis. And our public funds are not sufficient to address this crisis.”

Clermont County has one of the worse per-capita rates for opiate abuse in Ohio. The number of residents who are addicted to prescription pain pills and heroin in county has risen over 400% since 2007. In the last decade, the county’s rate of overdose has jumped more than 2000%.

Distributors are required under both federal and state law to report any suspicious controlled substance orders by pharmacies — which could include large and frequent orders – to the relevant authorities, including the Drug Enforcement Agency and the Ohio Board of Pharmacy. The largest drug distributors in the United States are Cardinal Health, McKesson Corp., and Amerisource Bergen. They command 85% of the market, according to Greene, Ketchum.

“In Clermont County, we began the Opiate Task Force several years ago to address this epidemic in a collaborative fashion,” said Commissioner Ed Humphrey. “We have been pro-active in meeting this crisis. For example, we began an alternative to jail called the Community Alternative Treatment Center that focuses on treatment. The CASC is helping, but it’s not inexpensive to fund.

“We are seeking these damages because the County does not have the resources to meet this crisis effectively. Any damages recovered would be used to reimburse the county for its various expenditures related to the opiate crisis. We would also put funds toward effective prevention and education measures. We would put more money into law enforcement, the justice system, and treatment and recovery. We have many needs in the county, and this would help us meet those needs.”

Added Commissioner David Painter: “This is a big step for the County. Our County has been devastated by the opiate epidemic. The taxpayers are paying for this crisis, but they didn’t create this crisis. These distributors had the responsibility to monitor and report any suspicious distribution of prescription opiates in Clermont County. They failed to do that.  Now, they must be held accountable.”

Greene, Ketchum is a personal injury firm and is being hired on a contingency fee basis. If there is no recovery of funds, there is no fee nor any reimbursement of litigation expenses.