World War II veterans to be honored at County Fair 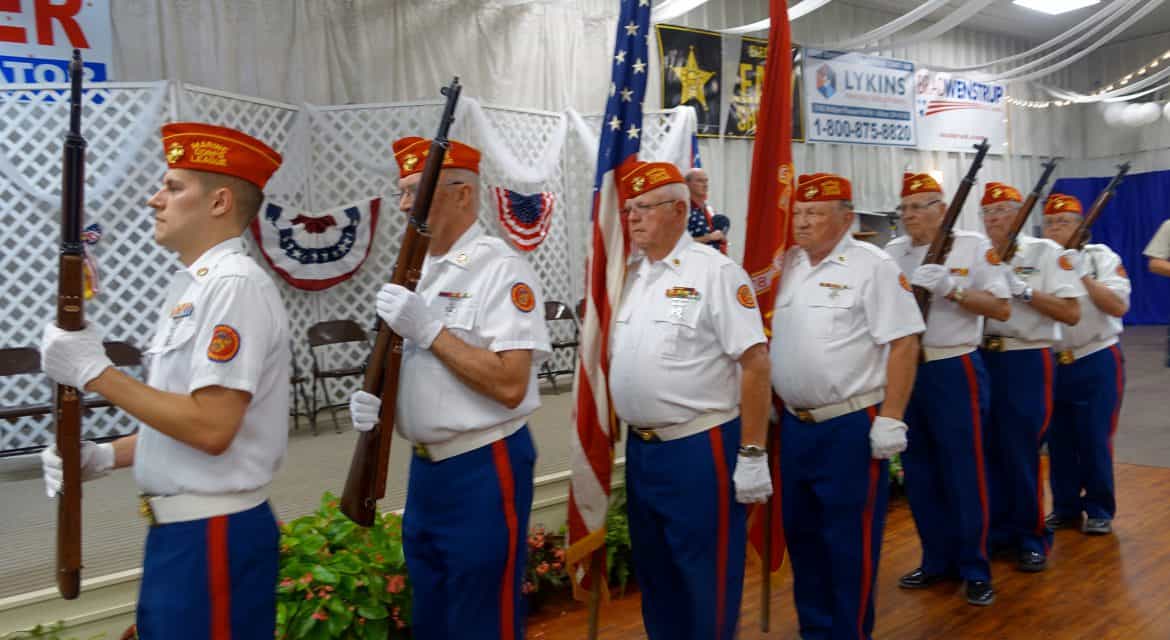 The Marine Corps League Color Guard at the 2015 Salute to Veterans, Troops & Their Families.
By Kathleen Williams

BATAVIA, Ohio (June 12, 2017) – The Clermont County Fair will hold the annual Salute to Veterans, Troops & Their Families at 6 p.m. Sunday, July 23. This year’s Salute will recognize veterans of World War II, said Bob Proud, the longtime organizer and emcee of the event.

“We want to get the word out early to American Legion posts and VFWs, and to families,” Proud said. “We want to recognize and honor our World War II veterans while some are still among us. We’re hoping that families will be able to bring them to the event.”

The Salute will be held at the Multi-Purpose Building at the County Fairgrounds, which is air conditioned.

Thursday, July 27, is Veterans Day at the fair. Military vehicles will be included in the tractor pull that evening at the Grandstand.

Veterans are admitted free to the fair all week as long as they have their ID with them, said Fair Board President Dan Hodges.

A complete fair schedule can be found here: http://www.clermontcountyfair.org/fairschedule.htm.