BATAVIA, Ohio (May 15, 2017) — The Clermont County OVI Court Specialized Docket has earned final certification from the Ohio Supreme Court’s Commission on Specialized Dockets. The OVI Court works with offenders who have been charged with operating a vehicle while impaired by drugs or alcohol.

To receive the certification, the court had to submit an application, undergo a site visit, and provide specific program materials in response to certification standards that went in to effect in January 2014. 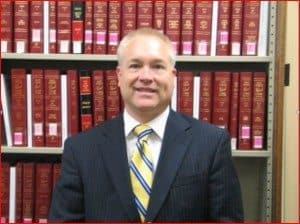 “Specialized dockets divert offenders toward criminal justice initiatives that employ tools and tailored services to treat and rehabilitate the offender so they can become productive members of society,” Justice O’Connor said. “Studies have shown this approach works by reducing recidivism while saving tax dollars.”

Specialized dockets are courts that are dedicated to specific types of offenses or offenders and use a combination of different techniques to hold offenders accountable while also addressing the underlying causes of their behavior. More than 210 specialized dockets in Ohio courts deal with issues such as:

The standards provide a minimum level of uniform practices for specialized dockets throughout Ohio, and allow local courts to innovate and tailor to meet their community’s needs and resources.

The Clermont County OVI Court was established in 2005. Since then, 192 people have successfully completed the program.

The Commission on Specialized Dockets has 22 members who advise the Supreme Court and its staff regarding the promotion of statewide rules and uniform standards concerning specialized dockets in Ohio courts; the development and delivery of specialized docket services to Ohio courts; and the creation of training programs for judges and court personnel. The commission makes all decisions regarding final certification.