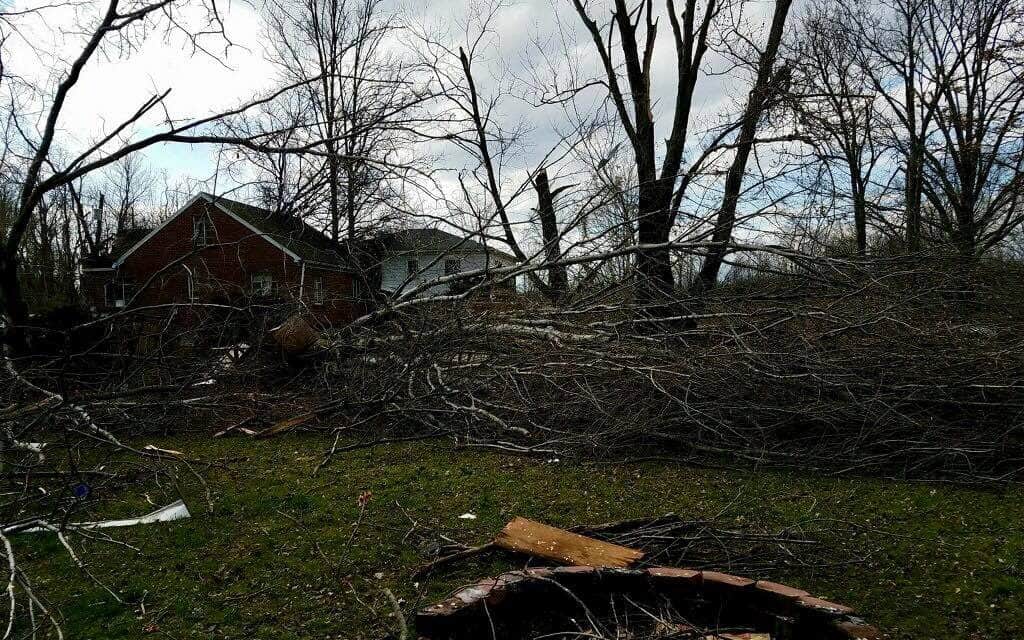 BATAVIA, Ohio (March 6, 2017)  – Damage estimates from the March 1 storms that struck Pierce Township, Amelia and other parts of Clermont County exceed $1 million, according to the Clermont County Building Department.

According to the National Weather Service, a tornado, an EF1 in strength, touched down at approximately 3:38 a.m. on March 1 in Pierce Township and traveled approximately 6.4 miles into the Village of Amelia. It was on the ground for about 9 minutes. The heaviest damage occurred in the 1300 block of Locust Lake Road.

A second wave of storms brought 70 mph winds that knocked down trees and power lines. In the Village of Chilo in Franklin Township, three mobile homes were flipped on their tops.  The Clermont Park District’s Chilo Lock 34 Park sustained damage to 7-8 buildings and numerous large trees snapped or were uprooted.  The Park District estimates damages at approximately $150,000.