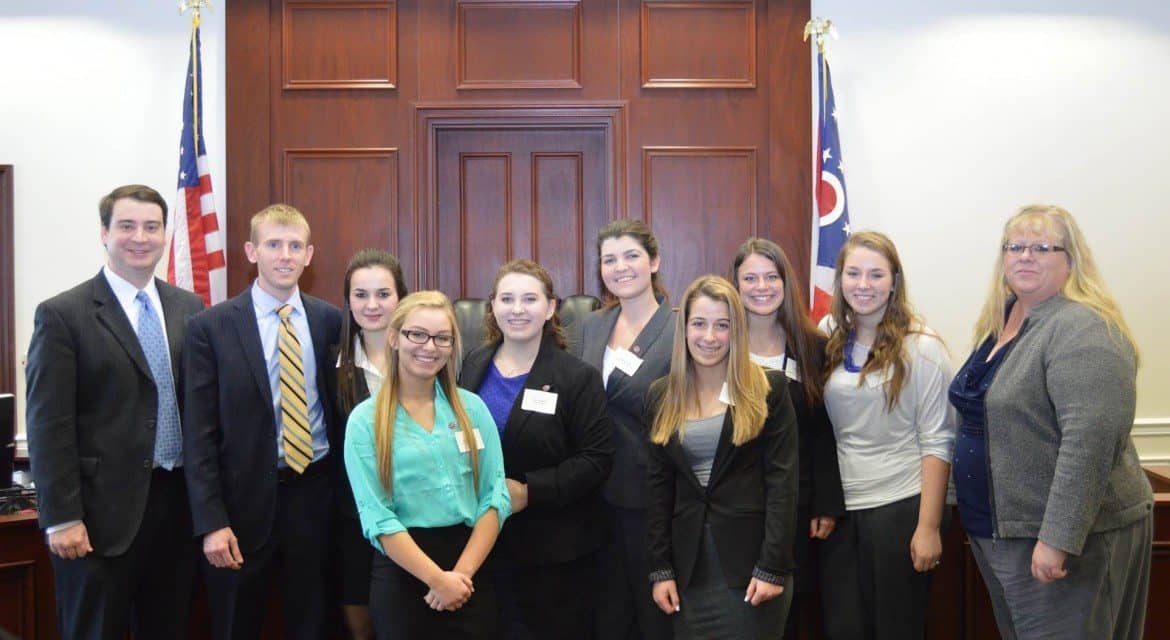 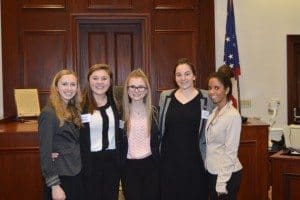 This year, the winner of the state competition was Orange High School from the Cleveland area, which defeated Dayton Early College in the championship round.  As the overall winner, Orange will compete in the national high school mock trial competition in May in Boise, Idaho.

The Ohio high school mock trial program helps students to develop critical thinking skills by analyzing a problem and developing arguments for each side of it.  It also promotes citizenship education and active participation in democracy.

The 2016 Ohio high school mock trial case involved a police officer who shot a young man on the shoulder while on the scene of a suspected armed robbery.  The case focused on whether the use of deadly force by the officer was justified under the Fourth Amendment to the U.S. Constitution.

In the Ohio high school mock trial competition, students assume the roles of witnesses and attorneys to present both sides of a case.  Local judges and attorneys volunteer their time and expertise to preside over and score the mock trials.

The Ohio high school mock trial program began in 1983-84 with 28 teams competing statewide.  This year, more than 3,000 students competed in the district competitions.