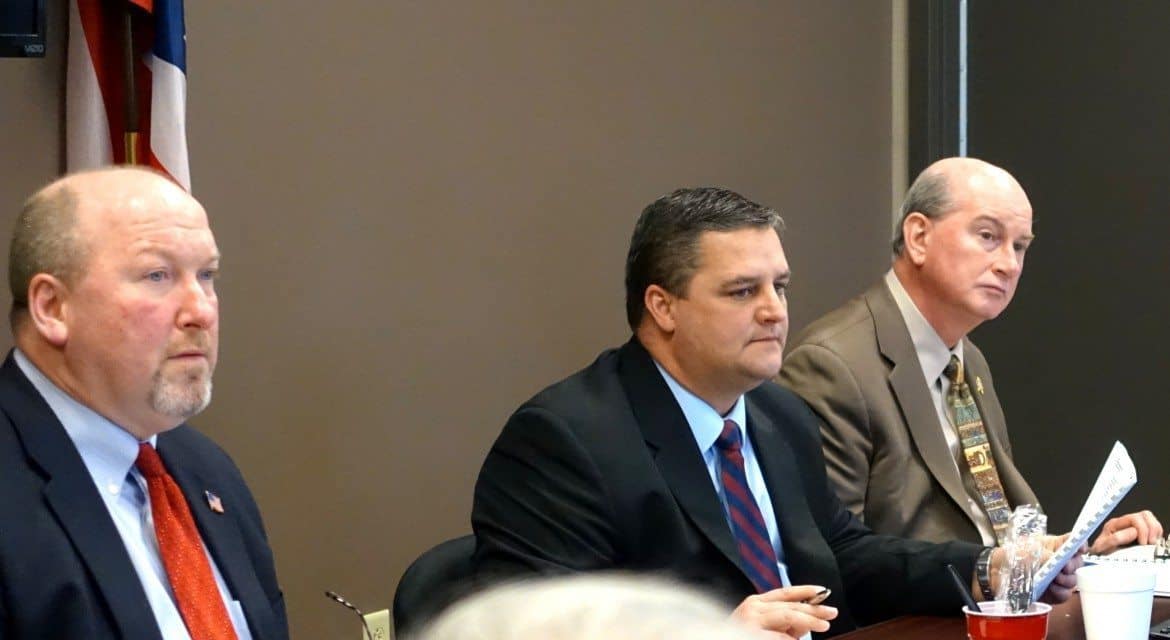 BATAVIA, Ohio (March 7, 2016) – After 25 years as chairman of the Ohio Valley Regional Development Commission (OVRDC), Clermont County Commissioner Bob Proud will be hanging up his gavel on March 31. He will be honored at the OVRDC’s annual meeting on March 18 at UC Clermont.

Proud was first elected chairman in March 1991, and has been re-elected annually since then. John Hemmings, Executive Director of the OVRDC, attributed that to Proud’s fairness, no matter what party or county was represented by fellow board members. “Bob has always been very neutral,” Hemmings said. “He’s never differentiated between the politics of people. He’s open minded to other people’s positions.” 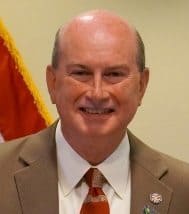 Proud, who began his term as Clermont County Commissioner in 1989, is not running for re-election and therefore will not be continuing on the OVRDC board beyond Dec. 31 of this year. (The OVRDC is a local district of the Appalachian Regional Commission (ARC) and the U.S. Economic Development Administration.)

During his tenure, Proud worked closely with board members on a multitude of projects to promote economic development throughout the region.  It’s often a matter of give and take, he says. “We have 12 counties. It’s a very large district,” Proud said. “Our board has elected officials, private sector, Republicans, Democrats. We have people with very strong opinions. But in 25 years, we have never once had an argument.

“One county will step back for a year to benefit another county, saying ‘you need this more than we do.’”

Praise from other members

Said Ross County Commissioner Doug Corcoran, “Bob’s always tried to make sure all the counties represented by OVRDC get their share of projects. He’s helped us get through all the red tape.”

Pike County Commissioner Blaine Beekman said that Proud worked closely with him when Proud sought to move the headquarters of the OVRDC from Portsmouth to Waverly. “As mayor of Waverly, I helped him find a building in Waverly for OVRDC,” Beekman said.

He added that Proud has been particularly helpful in bringing infrastructure projects to Pike County. “Pike County has the highest unemployment rate, and not a great economic base. The ARC monies have been critical for Pike County.”

In Scioto County, Proud helped Portsmouth get ARC funding to build senior citizen housing, said Eugene Collins, an OVRDC board member.  “In the early ‘90s, we were trying to get funds to build senior citizen  high-rise apartments.  We needed assistance from ARC, which Bob helped us get, and we were successful. He’s a very honest individual and very dedicated.”

Since 1991, when Proud became chairman, the OVRDC has brought more than $130 million in economic development grants into the region. Besides Clermont, other counties include Adams, Brown, Fayette, Gallia, Highland, Jackson, Lawrence, Pike, Ross, Scioto and Vinton.

Some of the largest and more recent projects include:

More than $4 million has come into Clermont County in federal and state funds under the auspices of the OVRDC since 2005. This has ranged from $400,042 for Old SR 74 Service Road Connector to College Drive in 2006; to $1.04 million for the Loveland downtown redevelopment project and $475,821 for the New Richmond Front Street revitalization, both in 2009; to $504,400 for the UC Clermont College Center for Advanced Manufacturing in 2012.

The OVRDC is one of four Appalachian regions in the State of Ohio.