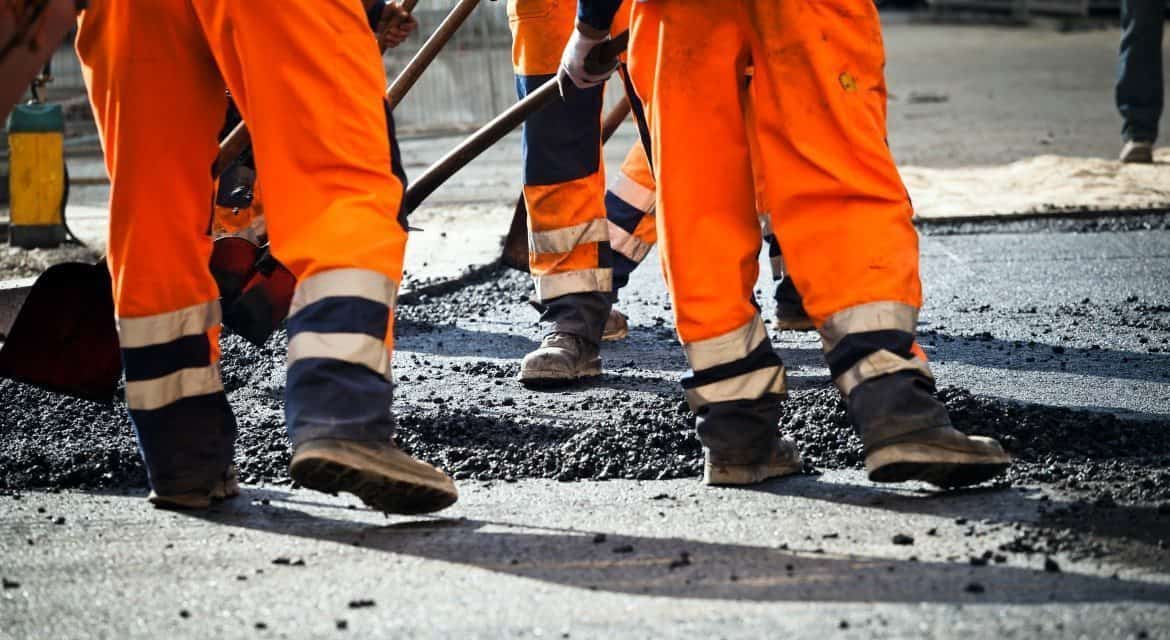 Workers on a road construction, industry and teamwork
By Kathleen Williams 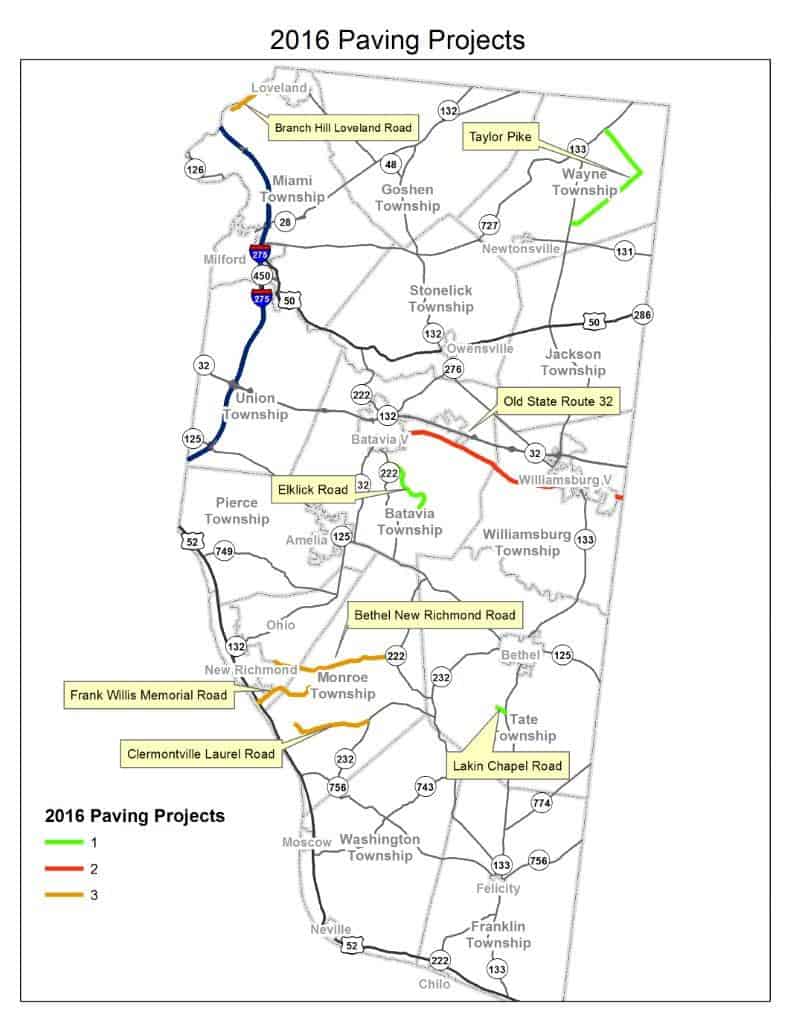 Eight roads are included in this, and they are grouped into three projects:

The first project will start in early summer and the next two projects will start in the fall. All are expected to be completed this year, said Deputy Engineer Doug Royer. Each road is looked at individually and repairs may include multiple steps such as reconstruction of areas that have failed over the years, sealing major cracks, milling the top layer of asphalt, sealing the entire road width to stop future cracking and other repair methods.  These repairs are done prior to placing the final surface of asphalt.

The Engineer’s Office maintains approximately 400 miles of road in Clermont County. The Engineer’s staff inspect all roads during the year, and determine paving priorities based on volume of traffic, age and condition of the asphalt and future improvements on the road that may damage a new asphalt surface such as waterline replacements or developments, Royer said. Funds for repaving come from gas taxes, driver license fees, and grants.