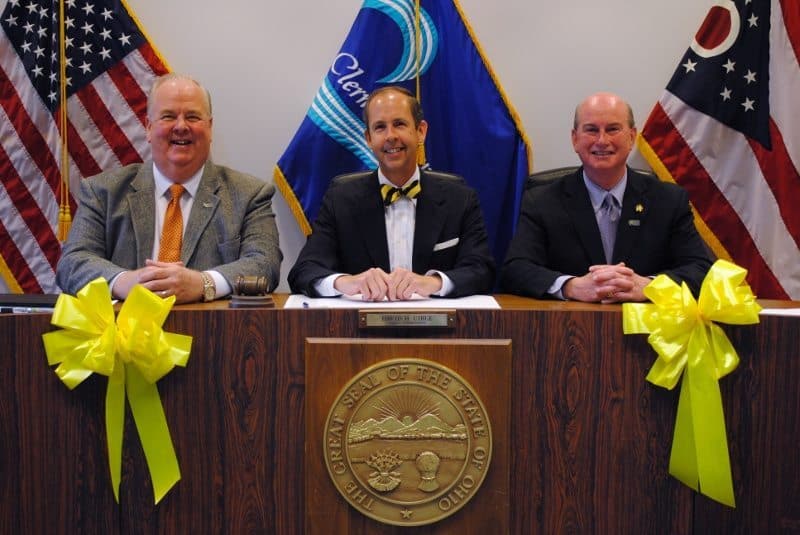 The General Fund is the largest discretionary source of funds in the county, and finances 20 of 21 elected offices in Clermont County. (The Engineer’s Office is funded through state gasoline taxes and driver license fees.)

Sales tax, which provides almost 50% of General Fund revenue, has continued to increase, according to Sukie Scheetz, Director of the Office of Management and Budget. In fact, the county expects its 2016 revenues to finally be above 2007, when operating revenue peaked at $53.3 million, before the slide into recession began.

Commissioners outlined some priorities for the 2016 budget, which include:

• Restoration of two sheriff deputy positions.
• Restoration of a building inspector position.
• A full year of funding for 50 additional beds added in 2015 at the County Jail.
• Salary increases for county employees averaging 2.85%

Commissioners expressed confidence in the 2016 budget.

“Although we are in a better position than we were a few years ago, it makes sense to bolster our reserves,” said Commissioner Bob Proud, Vice President of the BCC. “Our residents expect us to be prudent in budgeting, and this extra cushion will be good to have when the economy turns down again.”

“This budget allows us to continue to live within our means, but still target certain priorities for Clermont County,” said Commissioner David Uible, member of the BCC. “We’re pleased to be able to restore certain positions that have been vacant for a while.”