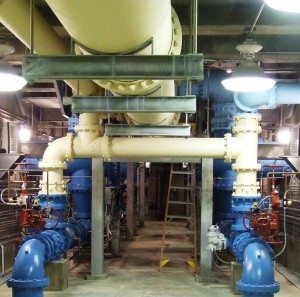 The rate increase is necessary to cover rising water treatment costs, said Lyle Bloom, director of the Water Resources Department. “This includes the annual regeneration of the Granular Activated Carbon (GAC) used at the Bob McEwen Water Treatment Plant that treats water from Harsha Lake,” he said.  “The GAC facility removes organic compounds from the drinking water and improves taste and odor. The GAC also provides an additional layer of treatment to remove any cyanobacteria that may be present as a result of harmful algae blooms at Harsha Lake.”  (Harmful algae blooms, known as HAB, have led to posted warnings at Harsha Lake during the last several summers advising against swimming.)

Sewer rates will remain the same.

According to an Ohio EPA survey from September 2014, a Clermont County resident’s annual cost for water and sewer at 7,757 gallons/month is $682.89, substantially below Cincinnati Water Works ($1,188) and Butler County ($834). The Water Resources Department serves approximately 45,000 customers.