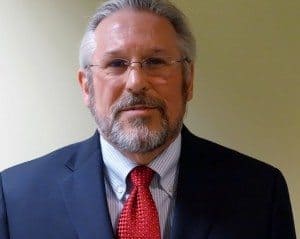 “Initially, the CASC will serve up to 25 male clients,” said Assistant County Administrator Tom Eigel. “It is hoped that in the future we can open additional space for females.”

The cost of the contract with GCB is approximately $433,000 the first year, which includes $126,000 in start-up costs. Under the contract, GCB will employ a program manager, three counselors, 2.5 case managers, an operations/clinical supervisor, a vocational counselor and an admissions specialist. The first-year cost is approximately $63 per day per client because of the start-up costs; by year two, that will fall to $45. Both sums are below the approximate $70-$75 per inmate per day cost at the County Jail. The CASC will be located in a vacant section of the County Jail.

The one-year contract with GCB is effective June 3, 2015, and the CASC is expected to be up and running by Sept. 1.

The CASC, the first in Ohio, was established in response to the worsening opiate problem in Clermont County, particularly an increase in heroin addiction, leading to more crimes, both misdemeanors and felonies. “The CASC is an innovative way to deal with minor offenders, provide them substance abuse treatment, and help them get back on their feet,” said BCC President Ed Humphrey.

Commissioner David Uible, a member of the county’s Opiate Task Force and a longtime advocate of the CASC, agreed.  “One of the unfortunate byproducts of the heroin epidemic in Clermont County has been the tremendous stress on our courts and criminal justice system, including overcrowding at our jail,” he said. “The CASC allows us to respond in a more humane way that also makes sense economically.”

Steven Goldsberry, Vice President of Addiction Services at GCB, who has been with the Clermont Recovery Center since 1989, noted that the Recovery Center has worked closely with the
county courts over a long period of time. “We have been partners with the courts since the beginning,” he said. “I also want to compliment the commissioners on their foresight in establishing the CASC.”