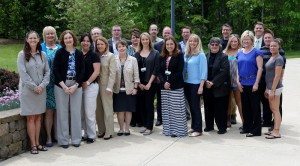 BATAVIA, Ohio (May 15, 2015) – In response to the rising heroin epidemic in Clermont County, the Opiate Task Force will hold a summit 6-8:30 p.m. May 26 at UC Clermont College Student Activities Center to unveil an action plan covering treatment, prevention, harm reduction and supply reduction – all aimed at lessening the epidemic and its impact in Clermont County. The public is invited – and encouraged – to attend.

The task force, whose members represent local and county government, law enforcement, the courts, public health, mental health, the recovery community and other citizens, has been working for more than a year on a plan – called “Breaking the Cycle” —  to minimize opiate addiction and its impact. “The Clermont County Opiate Task Force is a passionate group of community leaders and involved citizens, and this plan is key to the success of the group, and the county, in addressing opiate misuse and its impacts on the community,” said Union Township Police Chief Scott Gaviglia, Co-Chair of the Opiate Task Force.

“This epidemic is being felt throughout our community,” said Karen Scherra, Executive Director of the Clermont County Mental Health and Recovery Board. “Families are being broken up – more children are being placed into foster care because of the issues their parents are facing. More addicts are committing crimes, so our jail is more crowded. Long term, we will see more cases of Hepatitis B and C and HIV/AIDS. Every citizen in our county has a stake in this.”

Since the Opiate Task Force formed in 2013, its accomplishments have included:
• Developing a countywide treatment guide
• Increasing medication-assisted treatment slots
• Increasing access to Vivitrol, which blocks the effects of heroin and other opiates
• Improved access to treatment for addicts who have been arrested
• PSAs at local movie theaters

Besides Scherra and Treon, speakers at the Opiate Task Force summit will include representatives from the Ohio Attorney General’s office, the recovery community and members of the Task Force including Chief Gaviglia, Health Commissioner Julianne Nesbit, Chief Steve Leahy of the Clermont County Sheriff’s Office among many others.

“Our hope is that members of the public will sign on to help us do this work. We can’t conquer this as a community without the commitment of our community,” said Scherra.