Clermont to the Rescue Humane Society to Operate Animal Shelter 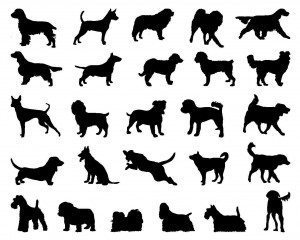 In November, Clermont County advertised for proposals to manage the animal shelter and the dog warden program. Three responses were reviewed by a committee of county employees, which recommended Clermont to the Rescue. The Board of County Commissioners approved Clermont to the Rescue at its Dec. 17 meeting.  A contract was signed Dec. 23.

Clermont to the Rescue Humane Society began two years ago, said President and Founder Eva DeVaughn of Goshen Township. She also founded the Ohio Basset Hound Rescue in 1996, and has rescued more than 2,500 basset hounds since then.

Clermont to the Rescue plans to use progressive adoption programs to save as many animals as possible and eliminate euthanasia of healthy adoptable animals, DeVaughn said in her proposal to the county. The organization has an extensive network of volunteers and rescue groups that will help to care for and place animals, she said.

Under the Ohio Revised Code, counties are responsible solely for the care of dogs that are brought to the animal shelter via dog wardens. That care and upkeep is funded through dog and kennel licenses issued in the county. The humane society operating the animal shelter is expected to do its own fund-raising to cover the cost of care of other animals.

Many counties in Ohio, including Clermont, do not operate their animal shelter. The humane society that contracts with the county operates the shelter, and establishes its own practices and policies.