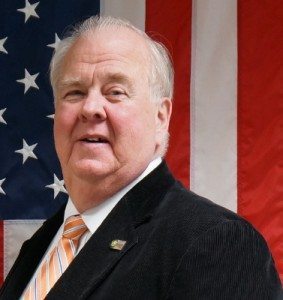 BATAVIA, Ohio (Nov. 25, 2014) – Clermont County Commissioner Ed Humphrey has been nominated as 2nd Vice President for the County Commissioners Association of Ohio (CCAO). Humphrey has been a member of CCAO, which promotes innovative ideas and efficiencies to local government, since he was elected commissioner in 2008, and has served on CCAO’s Board of Directors since 2011. His nomination places him on track to be president of CCAO in 2017. Twenty-five commissioners vied for leadership positions.

Before being elected to the Board of County Commissioners, Humphrey served as a Miami Township trustee from 1990 to 2008. He is Past President of Ohio-Kentucky-Indiana Regional Council of Governments, and a member of OKI’s executive team. He is one of two county representatives appointed by Gov. John Kasich to the Ohio Emergency Services Internet Protocol Network Steering Committee. Humphrey retired from Procter & Gamble in 1995.

CCAO works with county commissioners to help them develop legislative priorities at both the state and federal level, Humphrey said. “CCAO also offers technical and educational support that is unique to each county,” he added. “The organization promotes networking, giving commissioners across the state the opportunity to learn best practices from each other.”