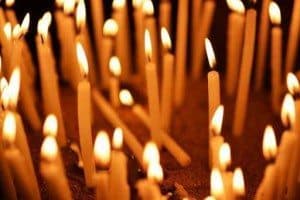 By Karen Scherra
Executive Director, Clermont County Mental Health and Recovery Board The loss of a loved one by suicide is often shocking, painful, and unexpected, causing intense grief and overwhelming emotions. The recent death of Robin Williams affected millions of people in just that way, people beyond his family and close friends who were touched by his incredible acting skills. Robin Williams was often described as a comic genius, bringing laughter to so many through his movie roles and stand-up routines, and yet we have learned that he was dealing with severe depression.

It seems incomprehensible that a man who spent his life making others happy would himself be dealing with deep sadness.

But Robin Williams is just one of almost 39,000 Americans who take their own lives each year. Two years ago, suicide became the leading cause of death by injury in the United States, surpassing car accidents, and 50% more people die each year by suicide than by homicide. While there have been improvements in attitudes toward mental illness, social stigma and lack of real understanding still remain. Perhaps the tragic news about Robin Williams will lead to larger conversations about becoming aware of mental health issues, recognizing and treating mental illness, and learning the warning signs and effective interventions to prevent suicide. Experts believe that most individuals contemplating suicide don’t want to die; they just want to end their pain. Lives can be saved when suicidal risk or intent is detected early.

National Suicide Prevention Week is an annual week-long campaign in the United States to inform and engage health professionals and the general public about suicide prevention and the warning signs of suicide. This year it occurs from Sept. 8-13 and the theme is “Suicide Prevention: One World Connected.” The focus is on raising awareness that suicide is a major preventable cause of premature death on a global scale, as suicide claims one million lives per year worldwide.  By drawing attention to the problem of suicide in the United States, the national campaign also strives to reduce the stigma surrounding the topic, as well as encourage the pursuit of mental health assistance and support people who have attempted suicide.

In Clermont County, the Suicide Prevention Coalition will host its 13th annual Candlelight Vigil from 7-8:30 p.m. Sept. 10 at Union Township Veterans Memorial Park, at the corner of Clough Pike and Glen Este-Withamsville Road. The vigil is held to remember and honor the lives of those individuals lost to suicide in our county over the past year.  Anyone whose life has been touched by suicide is welcome to attend.

Clermont County has a 24/7 crisis hotline that is available to anyone who is experiencing a mental health crisis, who has a loved one dealing with mental illness, or who just needs someone to talk with about their mental health issues: 528-SAVE (7283). Please reach out, or tell others who need it about the crisis line, as there is hope and there is help to lead to recovery.

For more information, contact the Clermont County Mental Health and Recovery Board at 732-5400 (www.ccmhrb.org).