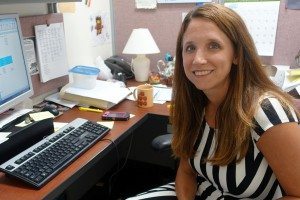 Background
Wendy’s Wonderful Kids, a program of the Dave Thomas Foundation for Adoption, awards grants across the country to help counties and other jurisdictions find families for older children and siblings. Its grants have helped to finalize more than 4,000 adoptions. In July of 2012, Clermont County received its first grant of $67,500. It was awarded subsequent grants in 2013 and 2014. In Clermont County, about 320 children are in the foster care system, and of those, about 42% are between the ages of 8 and 17, the ages that the recruiter works with.

Since October 2012, Sharon Wiesenhahn has been Wendy’s Wonderful  Kids recruiter for Clermont County. “Dave Thomas once said, ‘These children are not someone else’s responsibility. They are our responsibility.’ I believe that too. They come into the system through no fault of their own,” said Wiesenhahn. “There are so many myths about adopting older children in foster care, and part of my job is to help dispel that.”

The most insidious myth, she said, is that children are in foster care because of something they did, or that they are “bad kids.” But nothing could be further from the truth, she said. Currently, 4 in 10 children in foster care in Clermont County are there because of parental drug addiction, particularly heroin, said Tim Dick, Deputy Director at JFS.

To find prospective parents, Wiesenhahn first goes through the child’s files. “Is there someone in the child’s past who might be interested in adopting?” she said. “Sometimes it may be a relative who couldn’t do it a year ago but might be willing to do it now.”

She makes sure she gets to know the child. “What are they looking for? What is important to them? Where would they like to live?” That doesn’t mean she’ll be able to match all the child’s desires, but it gives her a starting point.

Wiesenhahn also scours the websites www.adoptuskids.org  and  A Family for Every Child, which match prospective parents and children. She checks a state database for matches. Wendy’s Wonderful Kids and the Dave Thomas Foundation provide crucial support and resources for recruiters, she said.
One of her most rewarding matches happened in April 2013 when she placed three siblings, ages 10, 8 and 6, with a local family who already had three other children. “The siblings had spent almost four years in foster care and were separated for 21 months of that time,” Wiesenhahn said. “Prior to coming into care, the children had suffered abuse and extreme neglect.  All  three children had written ‘TO BE ADOPTED’ on their Christmas lists and their adoption was finalized on Christmas Eve.
“All three children are thriving in their new home,” she said.
For more information on adopting older children in foster care in Clermont County, contact Wiesenhahn: Sharon.wiesenhahn@jfs.ohio.gov or 513-503-3143.