Clermont Women to be Honored at Reds Game 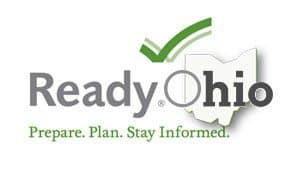 BATAVIA, Ohio (July 29, 2014) – Moscow residents Michele Hanselman and Linda Carter, both integral to the recovery of the village after it was devastated by a tornado in March 2012, will be introduced as ReadyOhio champions at the Reds game July 30. Hanselman will throw a ceremonial first pitch, and Carter will catch the pitch before the game starts.

ReadyOhio (readyohio.gov) focuses on helping Ohioans prepare for any disaster, said Tamara McBride with the Ohio Emergency Management Agency. At the Reds game, ReadyOhio will be recognized as part of a Pre-Game ceremony, with a live public service announcement on emergency preparedness. LED screens at the stadium will direct people to readyohio.gov, where they can find more information and tips.

On March 2, 2102, an EF3 tornado tore through southeast  Clermont  County, killing three people and damaging or destroying 353 structures, including 227 residential structures.  Both Hanselman and Carter served as community advocates on the Ohio Valley Long Term Recovery Committee. “These women were a wonderful resource to the committee,” said Pam Haverkos, Director of the Clermont County Emergency Management Agency. “They provided sound advice and solutions to some difficult recovery issues.”

Hanselman spearheaded the Replant Moscow initiatives. More than 250 trees were planted by 200 volunteers at events in September 2012 and  August 2013. Carter, Vice Mayor of Moscow, also worked to coordinate volunteer groups to repair and clean up public areas.

“Having lived through a natural disaster, Mickey and Linda know how important it is to be prepared for these kinds of events, which strike with little warning,” said Haverkos. “They have and continue to be tremendous advocates for the recovery of the Village of Moscow.  Linda and Mickey are examples of what ReadyOhio preaches: Have a plan. Get involved. Be informed.”