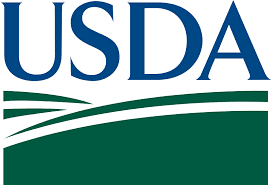 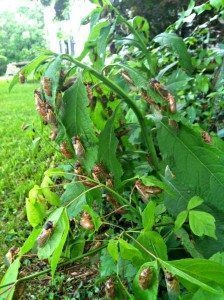 BATAVIA, Ohio (June 9, 2014) – Clermont County Park District Director Chris Clingman didn’t have to look far when 13-year periodical cicadas began to emerge mid-May from their underground nests. The trees in his yard were full of them.

In 2001, when he and his wife, Suzanne, had just begun to work as caretakers at Crooked Run Nature Preserve near Chilo, they noticed that a lot of cicadas were emerging in an off-year. The Clingmans were familiar with 17-year periodical cicadas, and 2001 was not the year for them.

They contacted Gene Kritsky, Ph.D., professor and chair of the Biology Department at the College of Mount St. Joseph. Kritsky, a renowned entomologist, had started to develop a theory that pockets of Southwest  Ohio were home to 13-year periodical cicadas, in addition to the 17-year ones. “Dr. Kritsky came out, saw the cicadas, and told us his theory,” said Clingman. “He’s been waiting 13 years for this emergence.”

In 2014, that theory appears to have been borne out. Since mid-May, 13-year cicadas have emerged in  Brown and Clermont counties in Ohio, roughly from Ripley to New Richmond; and Kenton, Campbell, Pendleton, Bracken, Grant, Harrison and Robertson counties in Kentucky. Crowdsourcing – eager cicada fans armed with smart phones – have helped pinpoint locations to within 30 feet, and helped Kritsky verify sightings. Thus far, he has 67 verifiable records.

“The crowdsourcing allowed us to fine tune the locations,” said Kritsky, “In 1987, when I asked for help, I would get voicemails giving me information on an intersection in a township. Today, when they send me a picture, I can verify that it is a 13-year cicada, and also see the longitude and latitude through location services.”

So why is this a big deal?

Until this emergence, there was no conclusive evidence that Southwest Ohio and Northeast Kentucky were home to 13-year cicadas, cicadas commonly found in the Mississippi River valley from Illinois to Louisiana. Kritsky scoured records dating back to the early 1900s and determined there was a good chance that 13-year cicadas were indeed native to this region in the two states. Occasionally, cicadas emerge four years earlier than their cycle dictates, which has made it more difficult to identify the brood correctly, said Kritsky. Sometimes the 13-year and 17-year cycles overlap, which compounds the confusion.

“It’s possible that there were pockets of the 13-year periodical cicadas all along the Ohio and Mississippi River Valleys,” he said, “and that they all went extinct except for the pockets here and down South.”
Two researchers from Japan recently stopped by Crooked Run to see the cicadas. They were in the United States to study the 13-year emergence, said Clingman. They were disappointed by what they saw in Louisiana, but not in Clermont County, where the cicadas were on every tree. “They were so excited to see them,” Clingman said.

Most people might regard cicadas as a noisy and crunchy nuisance, but they have a significant impact on the environment, said Kritsky and Clingman. “All sorts of animals feed on them …. Raccoons, dogs, cats, and birds. They eat their fill, and millions of them are still left to decay. It’s called predator satiation,” Kritsky said. “When Brood 5 emerged in Ohio in 1999, wild turkeys that year had a higher body weight.”

Cicadas lay their eggs in the twigs of tree branches, some of which will break where the eggs were laid– a “natural pruning,” said Kritsky. “Next year, the cherry trees will have more blooms and the oaks more acorns.”
After the cicada eggs hatch, the young fall into the ground, feeding on grass and tree roots, trapping nutrients in the soil, and also in their own bodies for another 13 or 17 years.

The next 17-year brood – Brood 10 – will emerge in 2021, says Kritsky. Prepare yourself – Southwest Ohio will be home to 6 billion of the critters.

For more information:
Want a cicada fix? This may be the last week to see and hear them. Find out more about Crooked Run Nature Preserve, http://parks.clermontcountyohio.gov/Crooked.aspx, or call Clermont County Park District’s visitor center at Chilo Lock 34 Park for an update at 513-876-9013. For more about cicadas, go to www.cicadamania.com